National Recreation and Park Association Promotes Model for Urban Park Revitalization; to be Kicked Off at DC’s Marvin Gaye Park this Summer 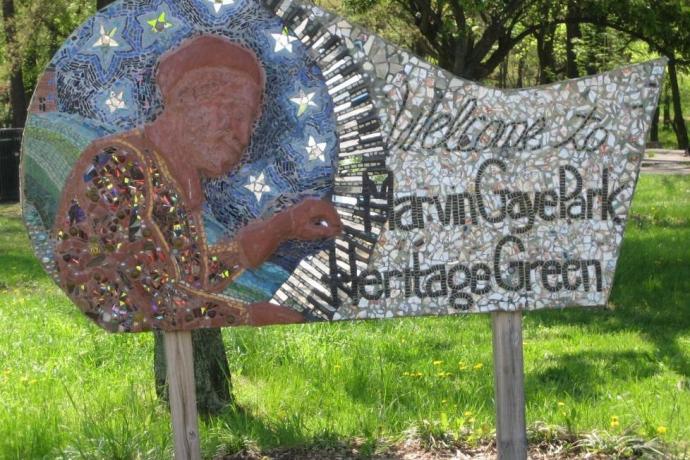 Washington, DC. - July 7, 2009 - The National Recreation and Park Association (NRPA) has a vision for America’s urban parks. The model for this sustainable vision "“ called "Parks Build Community" "“ utilizes urban parks as a core component in the revitalization of underserved urban communities across the country. This initiative is intended to demonstrate the benefits that playgrounds and parks bring to the health of children and families in surrounding neighborhoods, with its first project being a playground in Northeast DC’s Marvin Gaye Park.

"Quality urban parks are one of the most important components of livable, walkable, healthful cities" says Rich Dolesh, Public Policy Chief for NRPA, "but we have lost our national focus on how important they really are to our cities. Our nation’s urban parks are an investment in the health of our children and the vitality of our urban communities."

"We aren’t just putting up a new playground and then leaving," says Barbara Tulipane, NRPA CEO. "The purpose of our first Parks Build Community effort is to demonstrate how neglected urban parks can be rehabilitated and improve the lives and health of people who live around them."

NRPA’s first Parks Build Community project is Northeast DC’s Marvin Gaye Park. Once dubbed "Needle Park" due to rampant drug use, NRPA is joining the District of Columbia and a number of non-profit organizations in transforming the previously neglected park into place where children can play and experience their community like never before. Volunteers and city workers have removed over 3,500,000 pounds of trash and debris, and collected over 9,000 needles from the area so far.

"What’s happening here at Marvin Gaye Park can really be a national model for how communities "“ locally and nationally "“ can pull together and reclaim and embrace their public parks and public spaces," says Neil Albert, City Administrator for the District of Columbia. "We certainly appreciate NRPA’s work here and we look forward to their continued partnership."

Working in cooperation with George Mason University and with the non-profit group Washington Parks & People "“ DC's award-winning grassroots alliance leading community revitalization of Marvin Gaye and other long-forgotten inner-city parks "“ NRPA will document how this playground and park improve the lives and health of children and adults in its surrounding communities.
"It is an honor for Washington Parks & People, the Marvin Gaye Park communities, and all of DC to be entering this long-term partnership with the National Recreation and Park Association and its vendors and partners in this national demonstration project," says Steve Coleman, Director of Washington Parks & People.

"The park has so much potential," says Tulipane of NRPA. "Through the generosity of our industry partners, we are contributing to the rebirth of this park, and we share the vision of a place where children and family members can gather to connect with each other and improve their health and well-being."

NRPA is supported by members and recreation industry partners dedicated to this effort. Playworld Systems, Kompan, Playcore Inc., and Surface America are among the businesses and suppliers that are working with NRPA and who will generously donate equipment and services valued at more than $200,000 to make the Marvin Gaye Park project possible.

For more information about the Parks Build Community initiative at NRPA, contact Richard Dolesh at rdolesh@nrpa.org or 202-887-0290.

ABOUT THE NATIONAL RECREATION AND PARK ASSOCIATION
The National Recreation and Park Association is a national, not-for-profit organization dedicated to advancing park, recreation and conservation efforts that enhance quality of life for all people. Through its network of more than 21,000 recreation and park professionals and citizens, NRPA encourages the promotion of healthy lifestyles, recreation initiatives, and conservation of natural and cultural resources. For more information, visit www.nrpa.org.

The National Recreation and Park Association is a national, not-for-profit organization dedicated to advancing park, recreation and conservation efforts that enhance quality of life for all people. Through its network of more than 21,000 recreation and park professionals and citizens, NRPA encourages the promotion of healthy lifestyles, recreation initiatives, and conservation of natural and cultural resources. For more information, visit www.nrpa.org.