G8 Countries Too Slow In Race Against Climate Change 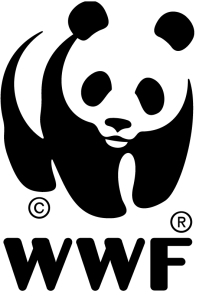 Four days ahead of the G8 summit in Japan a new research examines the climate performance of G8 nations and five emerging economies, and reveals the G8 countries are lagging behind in the race against climate change.

Jul. 03 /CSRwire/ - BERLIN,GERMANY, - July 3, 2008 - The G8 Climate Scorecards 2008, a report by Ecofys, an independent consultancy, was commissioned jointly by environmental organization WWF and international financial services provider Allianz. It ranks the G8 countries according to nine quantitative indicators, such as comparing past emission trends since 1990 and progress against the country's Kyoto target. It also scores performance on three specific policy areas, energy efficiency, renewable energy, and development of carbon markets.

"The scorecards show that none of the leading industrialized countries is set to meet required emission reductions to stay within a 2 degree warming," said Regine Günther, Director of the WWF Climate Change Programme in Germany. "We have 10 to 15 years left in which the global emissions have to peak and decline. Time is running out."

Dr. Joachim Faber, holding board member of Allianz SE, said: "The G8 countries have a responsibility to be high achievers in the race against climate change. They need to be role models trailblazing the way to steer the world towards a low carbon, clean energy economy."

Allianz SE supports the research to gain a better understanding of the changing investment and regulatory landscape as well as of the opportunities for new insurance and fund product developments in its different markets.

"Climate protection can create huge opportunities for clean technologies where Allianz SE sees an enormous potential for investment, growth and jobs. Particularly important for developing this potential is the promotion of a global carbon market," said Dr. Faber.

Leaders at the upcoming G8 Summit in Japan next week should commit to a binding long-term target for emission reductions of 80% by 2050, and as close to 40% as possible by 2020, the report states.

"The world is at a cross-roads where decisive action now could translate into economic success," said Regine Guenther. "We expect the Japanese Presidency of the Hokkaido Summit to commit the G8 countries to significant and binding emission reduction targets. The G8 should pledge financial and technology support for low carbon development and for adaptation measures in developing countries that are measurable, reportable and verifiable."

Summary of the country conclusions:
According to the G8 Climate Scorecards 2008, the UK leads the race slightly ahead of France and Germany but all three countries are at best half as far along the road as they should be.

The UK is projected to reach its Kyoto target, and introduces innovative policies like the Climate Change Bill. While it is putting a strong emphasis on its carbon markets approach, it does too little to accelerate its use of renewable energy and foster energy efficiency. Furthermore the share of coal is currently rising in the UK energy mix, which drives emissions up.

France is ranked second based on its present objectives, performance, and international positions but it is weak on reaching its objectives in the near future. France therefore risks losing its relatively high ranking in next year's scorecards.

Germany performs best on renewable energy, having a regulatory framework which is an international benchmark. Germany also approved new legislative packages on energy efficiency and climate policies. But so far it has failed to take a clear stance against coal power. There is an increasing and negative trend from electric utilities to plan the majority of new power plants based on coal and lignite, the report says.

Italy, ranked 4th, has started some efforts to address climate change and benefits from having agreed to relevant EU policies. But very few specifically national measures have been implemented and emissions are well above its Kyoto target. It rates relatively well on energy efficiency.

Japan, ranked 5th, is increasing its emissions and is far off meeting its Kyoto target. The government has yet to announce any mid-term emissions reduction targets. Its second rank in the carbon market stems from its extensive use of offset projects in developing countries under the UN's Clean Development Mechanism but the country lacks national mandatory measures such as emissions trading.

Lagging behind is Russia, which lost its early advantage of lower emissions. During the last eight years emissions increased again. Russia has only planned few national policies, with none yet implemented. The realization of a recent announcement by the government to increase energy efficiency dramatically may well influence the ranking in next year's scorecards.

At the bottom of the ranking are Canada and the US with ranks 7 and 8 respectively. This is no surprise given rising emissions and energy-intensive economies, and their failure to realize the full potential of energy efficiency improvements. But there is hope: US legislation to cap emissions is imminent and businesses are preparing for a new commodity market, with potential for continental spill over. While both federal administrations have not been supportive of climate friendly solutions, sub-national initiatives might help raise the bar in time for the next edition of the scorecards.

The scorecards also analyze the climate and energy policies of the five emerging economies Brazil, China, India, Mexico, and South Africa. These countries cannot be measured with the same ruler as industrialized countries, and hence are not part of the ranking. The scorecards reveal great differences between them, in terms of development, energy mix, and resulting emissions. A key question is how industrialized countries will assist these five countries to bring about the move to a low carbon development.

Download the G8 Climate Scorecards 2008 from http://www.panda.org/climate and from www.allianz.com/

These assessments are, as always, subject to the disclaimer provided below.


About Allianz
Allianz SE is member of Transparency International and supports the Principles of the United Nations Global Compact and the OECD Guidelines for Multinationals through its Code of Conduct.
Allianz SE is the leader of the insurance sector in the Dow Jones Sustainability Index World 2007/2008, listed in FTSE4GOOD and in the Climate Disclosure Leadership Index (Carbon Disclosure Project, CDP5).

Cautionary Note Regarding Forward-Looking Statements:
Certain of the statements contained herein may be statements of future expectations and other forward-looking statements that are based on management's current views and assumptions and involve known and unknown risks and uncertainties that could cause actual results, performance or events to differ materially from those expressed or implied in such statements. In addition to statements which are forward-looking by reason of context, the words 'may, will, should, expects, plans, intends, anticipates, believes, estimates, predicts, potential, or continue' and similar expressions identify forward-looking statements. Actual results, performance or events may differ materially from those in such statements due to, without limitation, (i) general economic conditions, including in particular economic conditions in the Allianz Group's core business and core markets, (ii) performance of financial markets, including emerging markets, (iii) the frequency and severity of insured loss events, (iv) mortality and morbidity levels and trends, (v) persistency levels, (vi) the extent of credit defaults (vii) interest rate levels, (viii) currency exchange rates including the Euro-U.S. Dollar exchange rate, (ix) changing levels of competition, (x) changes in laws and regulations, including monetary convergence and the European Monetary Union, (xi) changes in the policies of central banks and/or foreign governments, (xii) the impact of acquisitions, including related integration issues, (xiii) reorganization measures and (xiv) general competitive factors, in each case on a local, regional, national and/or global basis. Many of these factors may be more likely to occur, or more pronounced, as a result of terrorist activities and their consequences. The matters discussed herein may also involve risks and uncertainties described from time to time in Allianz SE's filings with the U.S. Securities and Exchange Commission. The company assumes no obligation to update any forward-looking information contained herein.


No duty to update
The company assumes no obligation to update any information contained herein.