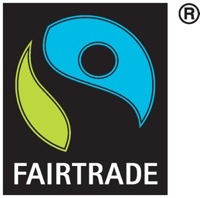 - March 4, 2009 - Cadbury and the Fairtrade Foundation today announced plans to achieve Fairtrade certification for Cadbury Dairy Milk, the nation's top selling chocolate bar, by end of Summer 2009. This groundbreaking move will result in the tripling of sales of cocoa under Fairtrade terms for cocoa farmers in Ghana, both increasing Fairtrade cocoa sales for existing certified farming groups, as well as opening up new opportunities for thousands more farmers to benefit from the Fairtrade system. "¨

Cadbury Chief Executive, Todd Stitzer, says, "This is an historic moment for our company. I am proud that the nation's favourite chocolate bar will display the FAIRTRADE Mark. I was in Ghana last month and saw how vital it is that businesses support their partners and the communities they live in. We believe that by joining forces with the Fairtrade Foundation, we can further improve living standards and conditions for farmers and farming communities, and create a sustainable supply of high quality cocoa for Cadbury."

"Cadbury's commitment is breakthrough news for the farmers in Ghana who are very excited that they will be able to sell more of their cocoa as Fairtrade, bringing greater benefits to their communities," says Harriet Lamb, Chief Executive of the Fairtrade Foundation.Â "We're delighted to have the opportunity to certify Cadbury Dairy Milk, enabling all those who buy it to make a real difference for cocoa farmers with every purchase. This certainly sets a new standard for the mainstream chocolate industry."
"¨
The move, which also includes Cadbury's hot chocolate beverage, marks the first anniversary of the Cadbury Cocoa Partnership (CCP), a historic initiative in which Cadbury is investing Â£45 million over the next ten years to secure the sustainable socio-economic future of cocoa farming in Ghana, India, Indonesia and the Caribbean where the cocoa farming industry is facing increasing challenges.

The company has committed to the Fairtrade certification of Cadbury Dairy Milk for the whole of the British and Irish markets. The move will mean that the millions of Cadbury Dairy Milk consumers will be able to enjoy Fairtrade ingredients in their favourite chocolate bar, while the taste stays the same. Ghanaian cocoa is recognised as the highest quality cocoa on the market, and the cocoa beans used in Cadbury chocolate across the UK and Ireland "“ including Cadbury Dairy Milk "“ are sourced from Ghanaian farmers.

Todd Stitzer adds, "By working together, the Fairtrade Foundation and Cadbury believe we can get more people in the UK to buy Fairtrade products and achieve more for this cause than we ever could individually. This Fairtrade initiative is part of our ongoing commitment to cocoa farmers in Ghana where we originally established cocoa farms 100 years ago and last year launched the Cadbury Cocoa Partnership - after all, what's good for the farmers is good for our customers and our business."

The Fairtrade Foundation sees this as just a first step in a long partnership to improve livelihoods for cocoa growers. Harriet Lamb continues, "The Fairtrade Foundation set out an ambitious strategy last year to double its positive impact for producers by 2012, by opening up opportunities for more and more farmers to join the system, and for those already in the system to be able to sell more under Fairtrade conditions.Â  It is precisely this kind of big commitment by a major player such as Cadbury that could make it possible to achieve these goals."

"¨The Fairtrade Foundation and its international partner certification body, FLO-Cert, will be independently monitoring and auditing the supply chain against internationally agreed Fairtrade standards.

Last month Harriet Lamb and Todd Stitzer visited the Eastern Region of Ghana.Â  Together, they spoke to farmers about the modern-day difficulties of cocoa farming and discussed how increasing stability of cocoa earnings through stronger farmers' organisations and Fairtrade certification could deliver significant improvements to livelihoods, enabling farmers both to implement sustainable agricultural practices and to improve life in the wider community.

"¨Benjamin Atiemo lives in Adjeikrom village, one of the places where cocoa farmers will now be working together to achieve Fairtrade certification. He expressed his concern about the future of cocoa farming in the area, saying that unless farming practices improve so farmers can increase their yields and incomes, young people will drift to the cities, where, without skills or education, they may end up unemployed and aimless.

Fairtrade certification will be a further extension of Cadbury’s CCP programme, which will now also support farmers, like those of Adjeikrom, to become organised in groups with democratic structures so that they can achieve Fairtrade certification against internationally agreed social, environmental and economic standards, and trade with the company on Fairtrade terms.

"¨Cadbury will also be sourcing cocoa from Kuapa Kokoo, one of the first groups to be Fairtrade certified, with over 40,000 registered cocoa farmers across Ghana. Although they are currently only selling a small percentage of their cocoa as Fairtrade, they have been able to implement community projects like building primary school classrooms, constructing wells, and investing in corn mills. Now Kuapa Kokoo will have the opportunity to sell cocoa to Cadbury on Fairtrade terms, which will increase their Fairtrade premiums, and therefore the range of farmer support and community development programmes they can implement.

About the Fairtrade Foundation:

About Cadbury plc:
Cadbury plc is a leading global confectionery company with an outstanding portfolio of chocolate, gum and candy brands. It has number one or number two positions in over 20 of the world's 50 largest confectionery markets. Cadbury also has the largest and most broadly spread emerging markets business of any confectionery company. With origins stretching back nearly 200 years, Cadbury's brands include many global, regional and local favourites including Cadbury, Creme Egg, Flake and Green & Black's in chocolate; Trident, Clorets, Dentyne, Hollywood, Bubbaloo and Stimorol in gum; and Halls, Cadbury Eclairs and The Natural Confectionery Company in candy. For more information visit www.cadbury.com