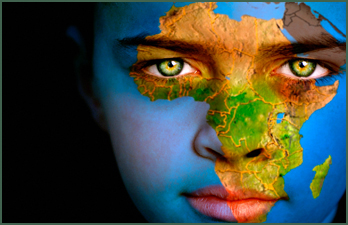 Human Rights is an ideology, belief, and movement that supports the notion that all human beings are born free and equal in dignity and thus have inalienable rights including the right to life and liberty, freedom of thought and expression, and equality before the law.

Dec. 10 /CSRwire/ - NORTHFIELD, IL – Kraft Foods Inc. (NYSE:KFT), a global leader in branded foods and beverages, announced today that Rolf Sauerbier, Director Coffee Sustainability Projects, Kraft Foods International, has been honored by the Republic of Peru for his work in...

May 06 /CSRwire/ - GENEVA - Ten years after launching a worldwide campaign against child labour, the International Labour Office (ILO) today issued a landmark global study showing that despite "significant progress" in efforts to abolish child labour, an alarming number of children...

UPS Joins President Bush and Others for Meeting on Welfare Reform

Jun. 14 /CSRwire/ - The IUF, COLSIBA and CHIQUITA announced today the signing of an historic agreement on "Freedom of Association, Minimum Labour Standards and Employment in Latin American Banana Operations." Ron Oswald, General Secretary of the IUF; German Zepeda, coordinator of the...

A Sustainable Future Is an Inclusive Future

Why Diversity Is Essential to the National Bone Marrow Donor Pool