Human Rights: A Rainbow of Challenges

Human Rights: A Rainbow of Challenges 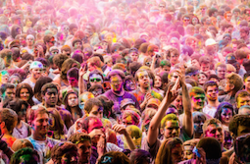 For the month of May Talkback asks you to share your wisdom on human rights, equality and diversity.

How do we accelerate progress on issues including race, religion, gender, age, disability and sexual orientation?