The Building Blocks Of Sustainable Economic... 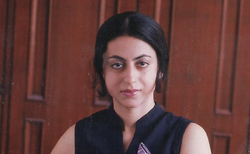 Part of the Globalization and Sustainable Economic Development series

Why Is Asia So Far Ahead Of Africa?

Four decades ago most African nations were not much poorer than those of East Asia. While the preceding three decades have witnessed the phenomenal expansion of Far East and South East Asian nations, most African countries continue to be shackled by poverty, hunger, indebtedness and unrest, despite their advantage of having an abundance of natural resources.

What then explains the difference between the divergent economic experiences of East Asia and Africa?

Those who attribute East Asia’s rapid development to a much faster pace of wealth creation are correct, but that answer is incomplete. Wealth creation and the ability of East Asian nations to sustain the process, despite having much fewer natural resources, explains the starkly contrasting scenario in these two regions. But development entails both building total wealth and changing the dynamics of wealth creation. Economic progress that is rooted in the wealth depletion of nations is unsustainable.

The principal building blocks of sustainable economic development are:

Today, I will focus on the first two.

Globalization enabled nations to leapfrog integration with the world market to an extent never witnessed until about two decades ago. This was one of globalization’s most positive features but, even as this was happening, a dramatic increase in disparity of income and wealth was undermining

and corroding the potential of globalization to facilitate development.

These two opposing forces -- expanding interconnectedness on one hand and a greater extent of polarization on the other -- manifested as acute imbalances at various levels. This contradiction underscores the need to transition from finance-driven globalization to inclusive or development-led globalization.

The transition requires sustained economic growth rates and effective economic management. Sustainable growth requires that it is based on what I termed as the P-EPP principle: pro environment, people and prosperity.

Context, resources and constraints define the boundaries of economic progress and determine how effective a particular strategy has been.

When increasing levels of endowments does not enable a nation to overcome its challenges the reason for this almost invariably stems from weaknesses in economic management. More than anything else, the story of economic transformation is about economic management, which is a critical determinant of prosperity and its duration.

Effective economic management (EEM) is the continuous endeavor to improve and optimize management of a country’s resources by government, institutions, business corporations and civil society while creating new sources of growth and opportunity creation.

For a better illustration of this point compare a business enterprise with a nation. Even a modest sized company cannot disassociate its profitability benchmarks from an entire range of functions that include marketing, human resource development, corporate governance, business development and inventory management.

The vast difference between the scale of operation involved in a single company and the relatively gigantic and complex task of managing a country may make this is a peculiar example. Be that as it may, the fact remains that even a business entity cannot adopt a narrow view of its operational,

On a larger and broader scale, this principle applies to a nation.

For instance, the primary focus on increasing economic growth rates without consideration to its basis represents weak economic management. Economic growth financed by debt is an example of deficient EEM.

EEM requires the management and organization of what may be termed as the intangibles; these include an entire gamut of variables and parameters that have been largely overlooked in both growth accounting and policy practice. Like skills, core competences, political credibility, the institutional framework, the extent of corruption and the quality of governance, as well as all those parameters that are either non-quantifiable or cannot be quantified in precise terms.

Resource calculations generally account for financial capital that is or can be made available over a certain period of time. These assessments either overlook or do not assign much importance to intangible inputs or resources.

Non-inclusiveness reflects the lack of a comprehensive assessment of the intrinsic strengths of a country, resulting in a structure of investment that is skewed or lopsided, the outcomes of which would hardly be conducive to sustaining economic progress. For instance, the lack of investment in critical areas is one of the fundamental reasons for the difficult phase that the Indian economy is currently experiencing.

Five years ago, India had a favorable balance of payments situation and if a greater proportion of its reserves had been used to expand productive investment, the country’s growth rates would likely have been higher and its financial system on a more stable path.

This led to an unacceptable trade-off between increasing wealth and declining investment.

The increase in investment in financial assets by firms, not just in the financial but also in the non-financial sector, was at the expense of those assets that could have contributed to an expansion of the productive capacity of the economy.

As this was happening, the increase in the global share of investment was a negligible 0.4 percent. The trend was pronounced in advanced countries where levels of investment stagnated and even declined.

Related to the changing points of emphasis in investment behavior is a reduction of the share of wages in total income - a feature that characterized a number of advanced nations. This took place within a larger context characterized by certain socio-institutional changes that would undermine the bargaining strength of workers.

Predictably, the most adversely impacted included those who found themselves in the lower rungs of the occupational hierarchy. Had rising levels of investment in education and employment accompanied wage moderation or wage repression, it would have offset some of the adverse outcomes of the skewed distribution of investment.

Binding constraints are not difficult to identify. They can be caused by shortages in infrastructural inputs and financial capital. However, among the most alarming constraint that a nation can be confronted with is the inadequacy or absence of EEM.

Next: The economic reforms that comprise the third constituent of sustainable economic development.

Part II: The 'New Normal': What Will Lead The Next Phase of Globalization?

Part I: Searching for Sustainable Economic Development In Our Rush For Globalization