It’s easy to blame fast food, soft drink and snack food companies for obesity problems. After all, they make the products with ingredients that can lead to overeating and obesity. 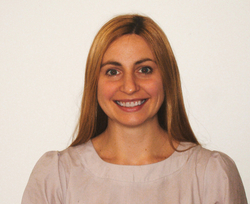 If a company is perceived to be part of a “problem,” can it still be part of the solution?

This is a question I asked when I saw Coca-Cola’s full-page advertisement in the New York Times last month related to its anti-obesity campaign, Coming Together.  Coca-Cola announced new “global commitments to help fight obesity,” pledging offerings such as low- or no-calorie beverage options in every market, transparent nutrition information and support for physical activity programs.

The announcement garnered a lot of positive press for the company, but also drew criticism from skeptics who say that Coke is part of the obesity problem, so if they really want to address it, they should stop making sugary products.

Editor's Note: A similar scenario recently played out during our Twitter chat with Nestle Waters North America: with bottled water as its mainstream product, the question that came up time and again was can the company become part of the solution to a problem it is inextricably involved in?

On one hand, it’s easy to blame fast food, soft drink and snack food companies for obesity problems.  After all, they make the products that contain ingredients that can lead to overeating and obesity.  But on the other hand, consumers who buy them could be said to be making poor choices. Frankly,

even if Coke decided to sell only water, I believe people will still find a way to get sugary drinks – or new companies would sprout up. People aren’t going to stop consuming so we should at least help them consume smartly.

There is reason to hope that corporate educational campaigns can make a difference.

In 2009, the Program for International Students Assessment (PISA) ranked U.S. students 17th in the world in science and 25th in math. Since then, companies like Exxon Mobil, Pfizer, Intel, Bayer, Dow Chemical, GE and Samsung, to name a few, have all rolled out comprehensive activities that support math and science in U.S. schools.

And while the next PISA rankings won’t be out until the end of the year, there is some evidence that the numbers are improving. Last year, U.S. News and World Report reported that eighth-graders’ average STEM scores improved by 2 points, according to the National Assessment of Educational Progress, and 65 percent of students are now meeting at least the "basic" knowledge level. It’s baby steps, but it’s fair to say that the sheer number of programs that have been dedicated to this cause by companies have helped elevate the urgency and bring it top of mind.

We live in an age of information – and a time when information is very easy to find. Consumers are getting more educated than ever, and it does in fact affect their buying behavior. According to the 2013 Green Gap Trend Tracker report on American consumer behavior, 71 percent of Americans are “thinking green” and spending more time researching the environmental impact of the products they consume. Consumers also think companies should educate consumers on proper product disposal and

do more to help them understand environmental terms and messages.

It's somewhat of a double-edged sword. How do companies begin to educate consumers about the negative impact of their own products? Where does shareholder accountability stop and social responsibility begin?

Despite the obvious dilemmas, companies are beginning to try hard to address issues core to their businesses these days. Food companies are required to put nutrition labels on everything, and there are stricter guidelines on food labeling and nutrition information. In fashion, H&M, Marks & Spencer (M&S), and Levi’s all have clothing recycling programs, and consumer products companies like PepsiCo have bottle recycling initiatives while General Mills and Kraft have packaging reductions.

Unilever CEO Paul Polman, a self-proclaimed “hard-core capitalist,” has been very outspoken recently about the company’s vision to double the size of their business while at the same time reducing their environmental footprint. The company has engaged in prolonged dialogues on issues close to its product line in the public sphere – nutrition, agricultural sustainability, water, cleanliness, etc. – and pledged to keep the hard fight going in the face of critical challenges.

At the end of the day, however, these companies are all businesses.

They make a product that a consumer demands and need to be profitable to survive. That they are no

longer sitting back and letting concerns such as obesity and the environment be talked about around them and in fact, actively joining the dialogue and participating in the action, is commendable.

That’s not to say there isn’t room for improvement, but becoming part of the conversation is a step in the right direction. Further, if we go back to the law of supply and demand, it is the demand from the consumer that at the end of the day keeps a business alive. So if consumers stop buying a product, a company will either adjust their business model or go under.

It’s up to the consumer to make smart choices - choices that will impact how and where a company focuses its growth. And if you don’t think the consumer has the power to influence a company, just think back to New Coke.