REDD+ and Business Sustainability: 5 Ways to Get Involved

The annual average estimated value of ecosystem services is $33 trillion, twice the value of the entire U.S. national debt and equivalent to nearly 90 times the general government gross debt of Greece. 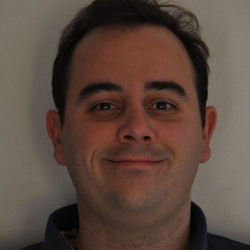 Want to win one of the DoShorts titles? Have a look around the series and tweet your idea for a new @DoShorts topic using hashtag #suggestadoshort to @CSRwire!

Tropical deforestation is occurring at an alarming rate, particularly in Brazil, Australia, Indonesia, Nigeria and Tanzania. Global estimates range from a patch of tropical forest the size of a football field or soccer field being cut down each second -- to one every 10 seconds.

This drastic clearing of tropical forests and the resulting emissions of greenhouse gases are causing global climate change, threatening the permanent loss of biodiversity and the survival of local communities, and reducing the capacity of these forests to provide free ecosystem services to all of humankind.

Much attention is being paid to the U.S. national debt of $16.6 trillion, the U.S. federal budget deficit of $1.05 trillion and threats of approximately $85 billion in automatic cuts due to sequestration, or the €10.4 trillion general government gross debt of the European Union (27 countries) as of 2011, including the national governments of Portugal, Ireland, Italy, Greece or Spain, which have greater

Yet, less attention seems to be paid to the world’s ecosystem services with an annual average estimated value of $33 trillion. This is essentially twice the value of the entire U.S. national debt and equivalent to nearly 90 times the general government gross debt of Greece.

Five ways for businesses to get involved in REDD+

There are several ways for a business to get involved in REDD+:

*Editor's Note: In partnership with Wildlife Works and Code REDD, CSRwire is sponsoring REDD+ Talks, a one-day free seminar that will be held at Cavallo Point in Sausalito, California on Earth Day, April 22, 2013 and feature leading high-profile experts on global warming, REDD+ and US & International climate change policy. Want to learn more/grab an invite? Email the Editors.

One of the world’s largest REDD+ projects to date is the Juma Reserve REDD+ Project. With vision and executive-level support from Arne Sorenson, the President and then-Chief Operating Officer of Marriott and co-chair of Marriott’s Green Council, Marriott International committed $2 million to the Juma Project. The Juma Project, located in the State of Amazonas, Brazil, seeks to prevent the deforestation of nearly 330,000 hectares (approximately 815,000 acres) of tropical rainforests and seeks to mitigate the release of nearly 190 million tonnes of carbon dioxide emissions.

Editor's Note: Want to win one of the DoShorts titles? Have a
look around the series and tweet your idea for a new @DoShorts
topic using hashtag #suggestadoshort to @CSRwire!

Brian McFarland is the Director of Carbon Projects and Origination at Carbonfund.org Foundation, Inc. This article draws on Brian's ebook REDD+ and Business Sustainability.

CSRwire Discount: For 10% off the RRP of any DōShort title, use code CSR10 at checkout when you order from www.dosustainability.com/shop. Currencies will be converted, and orders can be fulfilled immediately, anywhere in the world.

Subscriptions: You can also get access to the entire DōShorts Collection via a personal or corporate subscription. Read more about subscriptions here.