Corporate Philanthropy in China: Who Is...

Corporate Philanthropy in China: Who Is Doing What & How?

Part One of a three part series on corporate philanthropy in China shows that nonprofits in China are growing rapidly, but still highly constrained by regulation. 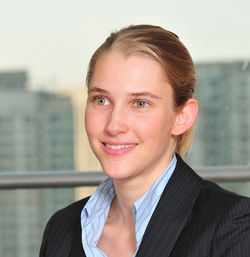 China is an extremely difficult environment to navigate for corporate donors. One reason is that changes in the nonprofit sector are occurring rapidly and often unevenly across different provinces.

Another is that financial and operational data of charities in China is hugely limited. Readily available data for grant makers, needed for benchmarking purposes and to help identify and vet potential domestic beneficiary or partner organizations, do not exist.

What’s more, the structure and regulatory environment governing the nonprofit sector in China is vastly different from that in Western countries, making it very difficult for foreign companies to understand how things work and how to navigate the system successfully. [A word of caution on officially reported data: The general lack of transparency, oversight, and good governance in the Chinese nonprofit sector, and the large number of unregistered NPOs, severely limits the availability of accurate sector data and organizational and financial information on NPOs. Data from official sources like the Ministry of Civil Affairs or CCDID is problematic as it is often inconsistent, necessitating caution when interpreting the results.]

In a recent piece of research conducted at The Conference Board, we assess the size and scale of China’s nonprofit sector, explain its unique political and cultural characteristics, and provide practical guidance for practitioners from corporate foundations and philanthropy programs on effective engagement in the nonprofit sector in China. Here are some of our key findings.

A Portrait of the Chinese Nonprofit Sector

Let’s start by taking a look at the current size and key characteristics of the Chinese nonprofit sector. Undoubtedly, nonprofit organizations (NPOs) have come a long way since reforms began in the late 1980s of what was previously a sector entirely incorporated within the State bureaucracy.

Despite persisting regulatory and political hurdles, the number of legally registered NPOs in China has more than doubled over the past decade and charitable giving levels have risen in parallel. In 2011, nearly half a million NPOs were officially operating in China, employing roughly six million people (based on official statistics; see more on unofficial numbers below).

However, the regulatory environment and structure of the nonprofit sector in China is vastly different from the West, as is the terminology and typology used to describe the sector and its constituents. Until the late 1980s, organizations working for public benefit were effectively extensions of the State and Party bureaucracy.

Private individuals and commercial entities were not allowed to establish NPOs until the late 1990s. Today, the government plays the tripartite role of regulator, stakeholder, and direct participant of civil society, and to this day, a large share of organizations comprising China’s nonprofit sector are so-called GONGOs (“government-organized non-governmental organizations.”)

As a consequence, the institutional boundaries between the state and civil society sector are extremely blurred, and conflicts of interest are ubiquitous. Many organizations lack independence, and very little is known about the actual organizational structure, financial situation, and mission of many of these organizations, or about their true engagement in or impact on the development of civil society.

A major obstacle to capacity building in the Chinese nonprofit sector is the lack of ready, willing and experienced talent. GONGOs are often staffed with retired civil servants (with remuneration paid by the government.) Unlike the U.S., where employment at a reputable nonprofit is seen as a prestigious career path, NPO employment in China does not yet enjoy the same positioning and career benefits.

For young workforce entrants, working for an NPO in China usually means a significant compromise in salary and career progression compared to peers working in the commercial sector.

In addition, current nonprofit management regulations stipulate unreasonably low limits for wage expenditures. These regulations thus severely limit the ability of the nonprofit sector to recruit and grow a qualified workforce, and especially to recruit experienced talent. They also incentivize murky HR practices in the sector (such as paying off the books.)

But vested government interests in the nonprofit sector impede this path. Many recent reform announcements by the Ministry of Civil Affairs, the government body charged with overseeing the

sector, and its local bureaus reflect the government’s struggle to, on the one hand, encourage reform, standardization and transparency, and on the other, maintain tight control over the sector.

In reality, government and government-organized NPOs remain the major recipients of donations in China. This is also true for U.S.-to-China foundation grants. Although by no means a general rule, many companies choose to donate to or partner with well-known and established large-scale GONGOs or government affiliates for their philanthropy initiatives in China.

There are a number of reasons for this prevailing practice, including:

Opinions differ greatly as to whether supporting government-affiliated organizations will ultimately foster or hinder civil society development in China. Critics argue that funding GONGOs only serves to strengthen the government’s grip over civil society and undermines the development of an independent sector.

More optimistic voices reject the notion that all top-down engagement is necessarily bad or inefficient as overly simplistic, and tend to point towards progress made to date in increasing private sector and bottom-up engagement in China. It is certainly true that the spectrum of GONGOs today is fairly wide, and that GONGOs range discernibly in terms of their proximity to the state and their independence in funding and project management.

Irrespective of this debate, practitioners usually have to make decisions based on a pragmatic assessment of what is sensible and feasible in the current Chinese operating environment. Simply put, until local conditions change, companies have to work with what they are given. This is not to say that companies should not aspire to be change agents.

However, successful engagement in China requires a thorough understanding and acknowledgement of the realities and boundaries of China’s current political and regulatory environment vis-à-vis nonprofit organizations and philanthropic work.

Anke Schrader is a researcher with The Conference Board China Center, focusing on corporate citizenship and sustainability research.

Next: The role of public perception in corporate philanthropy in China.