2012 in Retrospect: An Economic Hit Man's Tips for Creating a Glorious Future

Emasculating a population: it started with debt. Where will it end? 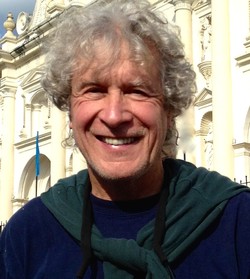 Today's editorial is by John Perkins, the author of Confessions of an Economic Hit Man and Hoodwinked: An Economic Hit Man Reveals Why the World Financial Markets Imploded – and What We Need to Do to Remake Them among others.

“We all knew this. We all knew that it would take more time than any of us want to dig ourselves out of this hole created by this economic crisis.” -- President Barack Obama

My job as an economic hit man (EHM) during the 1970s was to enslave nations that had resources our corporations coveted by burdening them with debts they could never repay. We then demanded that they sell those resources cheap, without social or environmental regulations, to our corporations.

It was an incredibly successful strategy.

In essence, it created the world’s first truly global empire and the first one that was not built primarily through military occupation. It also transformed geo-politics. However, those who headed the big banks, oil companies and other multinational corporations soon usurped the power of elected officials: the Corporatocracy was born.

This success led to the realization that similar strategies could be applied in the United States in order to emasculate a population that was exerting its democratic rights in ways that threatened the corporatocracy. People had become surprisingly successful at forcing an end to the highly profitable

The Corporatocracy & the Power of Debt

By 1980, the Reagan administration understood that its most effective weapon to protect corporations against labor and other movements that supported We the People was similar to the weapon EHMs had used in other countries: debt. Borrowers were deceived into believing that they were paying low interest rates when in fact balloon payments, adjustable rate mortgages, and other technically complex packages resulted in higher overall rates that made it increasingly difficult to break the shackles of debt.

Across the country, bankers whom we had learned to trust extended loans that were far greater than the common consumer could afford.

It did not take long for more harsh measures to be implemented – ones that bring to mind those imposed on the American colonies by the British Crown in the 1700s. Regulations that protected our rights were demolished. Family businesses were wiped out by huge chains. The media was commandeered by a handful of giant conglomerates.

Corporatocracy lobbyists wrote laws forbidding us to assemble in places like Wall Street. They attempted to censor the Internet. Their police brutally beat demonstrators and protesters who were exercising their constitutional rights. Along with this, unemployment and poverty escalated.

The corporatocracy’s attempts to fight back, like the British Crown’s increasingly harsh reaction to

colonists’ demands for greater independence, are proof that we are heard; we are winning. Like skilled martial artists we can utilize their energy against them. Their resistance is an inspiration; it serves to empower us further.

President Obama’s warning that digging out would take longer than anticipated was wise political rhetoric. It appears that his re-election has opened the door for compromise between Republicans and Democrats. It is time for us to demand change. Now.

This is a time that echoes the famous shot fired by colonial militia at the Concord Bridge in 1775. A watershed moment. Like the British then, the corporatoracy has wavered. Like the Minute Men then, We the People recognize our potential.

As Tom Paine wrote during some of the bleakest moments in that Revolution:

These are the times that try men's souls. The summer soldier and the sunshine patriot will, in this crisis, shrink from the service of their country; but he who stands by it now, deserves the love and thanks of man and woman. A generous parent should say, "If there must be trouble, let it be in my day, that my child may have peace."

I love the man who can smile in trouble, who can gather strength from distress, and grow brave by reflection. By perseverance and fortitude we have the prospect of a glorious future.

Now is the time for us to show our perseverance and fortitude so that we may create a glorious future.