BSR 2012: Will BSR & Its Member Companies Step Up to the Challenge?

How much has BSR’s silence on the corporate capture of politics legitimized this dysfunctional debate? 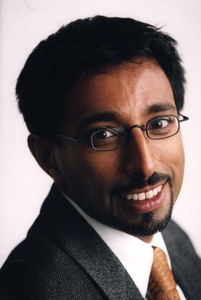 It has been great to see reflective thought leadership from North American CSR experts commentators like Raz Godelnik (BSR follow-up: We need a CSR hurricane to fast forward) and Paul Klein (“Is CSR as we know it obsolete?”) coming out of the latest BSR conference.

Let me add a view from across the pond.

I love Aron Cramer’s positive mindset. I too would be looking for a frame (“nothing has changed, everything has changed”) that bridged the huge gap between what even the best corporates are doing and what’s really happening in the world.

But if one adopts the basic principle of impact investment – i.e., a focus not on activity or outputs but on impact – it’s clear that the decades of "CSR1.0" have been a net failure. Whether we measure actual GHG emissions (not reporting and not intensity), income inequality, corporate capture of politics or any other metric, reality is starring us in the face.

At a time when growing numbers of U.S. corporations and investors are saying they think the climate change issue is very important, neither U.S. Presidential candidate mentioned the issue, aside from throw-away comments.

Few Exceptions to the Rule

As a practitioner in this field for nearly 20 years, I trust it goes without saying - but let me express it anyway – that this is not to deny the vast amount of learning we’ve done, the few corporate exceptions to this rule (Puma, Unilever, etc.) or the widespread personal commitment of CSR practitioners.

I am not saying anything very different from what Wayne Visser or Accenture’s Peter Lacy have said before either but I am trying to be more direct. In public at least, we are not in the majority. Are we depressed and everyone else clear-sighted?

Or is that reality is hard to acknowledge, perhaps because, as Upton Sinclair said, “It is difficult to get a man to understand something when his job depends on not understanding it.”

Godelnik hit the nail on the head by identifying externalities as the key problem. For too long, the CSR movement has failed to challenge how our short-term, shareholder-value-focused and company-

centric mantra has failed to really engage with this. It's a fatal flaw and BSR is well positioned to be a bigger part of the solution, but it will require some innovation in strategy, not just in products and services.

And the challenge goes beyond negative externalities to positive externalities like employee training.  Today, it makes "business sense" for companies in many sectors to minimise their expenditure on training - treated as an expense, not an investment - and freeload on competitors. How then do we wonder why the workforce is ill equipped for the future?

Can BSR Step It Up?

So here is the first area where an innovative BSR strategy could help.

As we speak, corporate HR folk are having a vigorous debate about this issue. Are BSR members as constructively active in this debate as they could be? At a minimum, are they making sure their mainstream trade associations do not undermine their BSR-related commitments?

Corporate leadership is, of course, key to breaking this and other aspects of the mega sustainability logjam. But the automatic anti-regulatory reaction to dealing with externalities – even amongst some of those who understand the big limitations of CSR 1.0 – shows the CSR community isn’t very good at systems thinking or even learning from experience. Put simply, it guarantees another decade of failure for companies that try to put costs on their books and get hammered by their investors.

It's really not "either or" but both! We need corporate leadership and regulatory nudges, perhaps even huge kicks when a sector is being intransigent or the issue threatens national security. Do we want a world with runaway climate change or no bees just because of rather “elegant” ideology?

And as Roger Martin describes in The Opposable Mind, we urgently need to get better at more

integrated thinking. Only the most ideologically blinkered would try to fight a war or manage a national environmental disaster just with private sector leadership. Income inequality, climate change and erosion of trust in government (and other institutions) are emergency situations, which require serious mobilization.

The Corporate Capture of Politics

A good first step would be for corporates that support BSR to address the corporate capture of politics and regulation. Politicians and regulators will then have a realistic chance of remembering what it is like to really act in the public’s best interest. Inappropriate corporate influence has been a major factor in the preventable surprises we keep experiencing, be it with BP, Tepco, NewsCorp or Barclays.

And the good news is there is a very strong cross partisan consensus that there is way too much corporate money sloshing around the corridors of power. But according to the latest BSR/Globescan survey, aligning lobbying with sustainability goals is at the bottom of BSR’s list of strategic priorities!

No surprise then why we’ve made so little progress on a front which has long been highlighted as arguably “the” CSR challenge both by CSR specialists like SustainAbility (with their Janus Programme over a decade ago) and commentators like Robert Reich who used to be advocates for CSR but, in part because the sector’s inability to rise to these challenges, have now become critics.

How much has BSR’s silence on this issue legitimated this dysfunctional debate?

Why are some corporations with strong CSR credentials still supporting the US Chamber of Commerce which has worked so hard on so many anti-sustainability/responsibility fronts? And how many BSR members would it take to get to a tipping point where the corporate world aligned with what the vast majority of Americans really want, a system without legalised corruption?

The Role of Investors: Third Biggest Obstacle for CSR

My final point relates to the same survey, which highlights investors as the third biggest obstacle in mainstreaming CSR. But to take this at face value would be to miss a deeper reality. Coming in at first place is the challenge of integration into core business strategy, while the challenge of long-term planning comes in at second place. Both are, with both heavily (and negatively) influenced by investors.

What does this mean for BSR members?

It is great that BSR has supported the international Integrated Reporting Initiative. But initiatives can

be places to hide and delay as much as places to innovate. And it was disappointing to see that even Marks & Spencer, rightly featured by BSR for excellence in mainstreaming, says almost nothing in its annual financial reports about the importance of is sustainability plan, aptly titled Plan A.

Why are we surprised then that investors continue not to read CSR reports?

But there is a lot that could be done on the investor front in addition to more strategic reporting. For example, how many BSR members have done what M&S, BP, BT and other European peers have done with their pension funds to begin integrating ESG factors into their mandates?

To summarise, no one doubts the professionalism and energy of the folks at the BSR table. But today, the strategy of BSR and its members seems disconnected from the real world and stuck in the past where product innovation was enough to get us started.

It is disturbing that the three issues at the bottom of the list of strategic priorities for the venerable nonprofit are arguably the three biggest reasons for the continually weak trust in corporate America today. Third from the bottom is executive pay, a highly controversial issue across the country. Penultimate is board oversight of sustainability, a good indicator that CSR is still not a core organisational priority.

And as noted before, at the very bottom of strategic priorities is action to align lobbying activity with sustainability goals.

Until there is much greater leadership and engagement with these uncomfortable truths, the CSR community in the U.S. (and elsewhere) will remain marginal. And that would be a real catastrophe.

More: Will BSR & Its Member Companies Step Up to the Challenge? A Rebuttal