Why Open Government Matters For Development...

Why Open Government Matters For Development & The Environment

National governments are enlarging the role of stakeholders in decision-making. 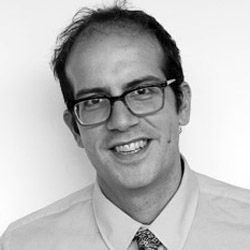 (In collaboration with the Worldwatch Institute)

In August, Brazilian headlines showed an uncommon move by a national court in environmental matters. A Brazilian federal judge stopped the Belo Monte Dam on the grounds that the licenses were invalid, given the lack of consultation of the indigenous population. In a subsequent press conference, Judge Souza Predente said, “Only in a dictatorial regime does a government approve a project before holding consultations.”

While I claim no expertise in the specifics of the case or Brazilian law, it shows a growing move on the part of many governments to protect the rights of citizens to participate in decisions before major projects are permitted that have lasting impacts on the environment and livelihoods.

As the Belo Monte case shows, without adequate access to information, public participation, and access to justice, major development projects can be shut down, disrupted, or become a scene of violent protest.

The case of Belo Monte is far from over.

Before long, the Brazilian people will need to decide whether the project is an unprecedented environmental and political disaster or is the best next step for a country desperate for reliable, inexpensive energy. Though the future of the Belo Monte Dam is unclear, it is apparent that having a 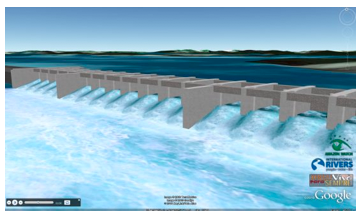 tribunal that can fairly and openly adjudicate these matters and provide a forum for public debate has been a tremendous boon, especially as other institutions, arguably, have failed to do so.

Beyond Brazil at Rio+20

Energy crises and lack of inclusivity in development are problems that plague many nations, not just Brazil. Without access rights — the right to access to information, to participate, and to have access to justice — voices that defend the poor and the environment are often not part of substantive decisions.

This is not a new revelation, as these rights have been at the core of sustainable development since the 1992 Rio Declaration enshrined them as “Principle 10.” While these rights are supported in international human rights treaties and many multilateral and bi-lateral agreements, they often fail to be enforced because legal frameworks at the national level and sub-national levels are often weak, institutions are unable to carry out necessary reforms, and civil society cannot demand the rights be fulfilled.

In the context of Brazil’s own domestic policies, Brazil hosted the Rio+20 UN Summit on Sustainable Development this June. Beyond the largely negative headlines in Western media, the Rio+20 summit actually made notable progress in re-affirming aspirations and working towards making these goals into access rights. Perhaps most promising was the groundbreaking step undertaken by Chile and nine other governments develop a regional convention for Latin America and Caribbean nations.

The Latin American-Caribbean region is plagued by escalating conflicts: in Bolivia conflict erupts over decisions about the use and protection of natural resources; in Peru and Ecuador, its the commencement of mining that ignites tension; in Panama, the construction of roads; and in Chile and Brazil the dams draw ire.

A regional convention could not be timelier. Political leaders are beginning to realize the importance of including all stakeholders and providing space for public deliberation.

This regional convention follows on the heels of the Aarhus Convention, a regional convention for the European Economic Commission for Europe, and will therefore have a significant impact on the spread of access rights, and the standardization of laws and practices on the provision of information on 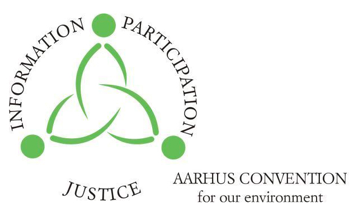 releasing pollutants into the environment. Legally binding international agreements are critical in promoting and strengthening access rights, as well as driving the development of national legislation and practice. This Latin American-Caribbean convention also provides governments the opportunity to introduce innovative approaches to enhance compliance to international agreements, and methods to include poor and vulnerable communities into environmental decision-making.

A convention process, though exciting, may take years to implement at the national level. At the local level, where many of the most significant environmental decisions are made, it could be decades before new processes are adopted in certain countries. In my chapter for the State of the World 2012, I highlight innovations that my colleagues in The Access Initiative have worked on, taking place at the local level, where local governments have already begun to adopt practices which make profound, daily difference in peoples’ lives:

These are just a few steps that can be implemented to progress the openness agenda. In the coming years, many countries will pass further legislation and think globally, beyond regional conventions. Much of this work will “trickle up” as cities and subnational governments test a range of programs and learn how to interact better with their constituents, incorporating newer, greener voices.

Joseph Foti is a Senior Associate with the Institutions and Governance Program at World Resources Institute. He was the lead author of Voice and Choice: Opening the Door to Environmental Democracy, the second global report of The Access Initiative (TAI), and A Seat at the Table: Including the Poor in Decisions for Environment. He is currently leading work on WRI’s toolkit for civil society involvement in climate change adaptation (ARIA) and is the desk officer for Latin America, and for environmental justice work in the United States.

More from The Worldwatch Institute:

4 Business Ideas: How to Sell "De-growth" & Profit in the Process

A New Global Architecture for Sustainability Governance: The Ultimate Makeover

Making the Green Economy Go: Scaling Sustainable Energy For All