Mitt’s Lesson for Business Ethics: The...

Mitt Romney needs to own up to his privilege if he wants to be more credible to voters. 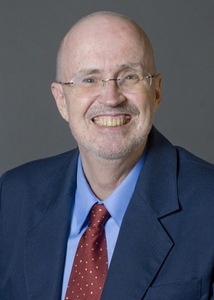 There’s a lesson for professors of business ethics in Mitt Romney’s astonishing unreadiness to explain how he made his fortune and how he hides it from the tax man.

How could Romney not have expected to be questioned about the business success he touts as his qualification for the presidency? Talking heads, print pundits, and bloggers tar him by association with the bratty arrogance of the superrich. Accustomed to flattery and deference, they say, Romney resents being treated as if he were a normal candidate.

It may be more complicated than that. Romney may owe his appearance of hubris to his being a master not of the universe but of business administration. If elected, Romney would be only the second MBA to reside in the White House. The first was George W. Bush.

Mitt would be a far better president than Dubya. Romney does not have the wooly headed, business school passion for values based leadership that led Bush into an unnecessary, horribly wasteful war in Iraq. Bush’s favorite course was organizational behavior. One imagines Romney relishing accounting and finance. If Bush led from the gut, Mitt’s executive style is tough minded, analytical decision making (I live in Massachusetts and witnessed his impressive governorship up close.)

Still, Romney gives the appearance of being enthralled by the business school tendency to downplay power and privilege in favor of moral leadership as the key to success. Unfortunately, these ideas can be morally self-serving. Maybe partly unconsciously, an executive may reason thus:

if morality qualifies one to lead, my top floor office must indicate that I’m a pretty darn good person.

This arrogant, full-of-myself righteousness is what the public most detests in its too often accurate stereotype of CEOs.

Even if Romney is elected president, his maladroit handling of his business and tax history will handicap him from the start by saddling him with the reputation of an out-of-touch plutocrat. Why did other wealthy scions, say FDR or JFK, fare so much better? They had a patrician disdain for money making. By contrast, Romney’s reach for the White House on the basis of his business success makes it look like his fat bank account is his favorite scorecard.

Romney is surely more complicated than that. Religiously devout, faithful to friends and family, loyal to his community, he could tell a life story that says money isn’t everything. He would just have to admit that money counts for a lot.

Of course I took advantage of my lucky start in life, Romney could say. And just as politics ain’t 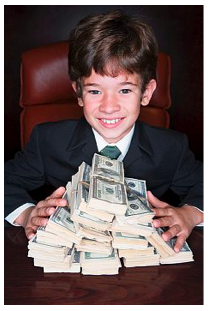 beanbag, neither is private equity. Yes, I played hardball in the free market process of creative destruction where jobs are both lost and won. Now I’ll use that same tough mindedness to restore the economy.

That would resonate. Most voters are honest enough to admit that if they were born rich, managed to make still more money, and could afford the best tax lawyers, they would hang on to as much of their wealth as possible. Mitt should establish his common humanity not by denying his privileges and his hard-nosed business practices but by shouting about them.

Why doesn’t Romney run on a straightforward admission that, sure, the game was rigged in his favor and a promise to try, now, to try to tilt the table a little in favor of the rest of us?  Part of the problem probably has to do with some of his most powerful political allies. Many – not all – people of privilege and power want ethical icing on their cake. They lack the grace to admit that they are not, or at least not entirely, self-made – that most American of virtues. They don’t want Romney to imply for a minute that they did not earn every penny.

So what’s the lesson for professors of business ethics? We need to help qualify future Romneys for the White House and MBAs in general for democratic political participation by teaching the danger of desire for unearned moral authority. Democrats and Republicans are both wrong in their tit for tat claims of “You got there with our help!” and “No, I did it all alone!”

They both leave out facts well understood by the people at large.

Unfair advantage, not to mention luck, has something to do with who comes out on top in the game of life. If MBAs were taught to resist making falsely proud claims of being self-made, they could more justly estimate their own accomplishments and more honestly connect with their fellow citizens.