Shifting To The Lovelock Paradigm: The...

Shifting To The Lovelock Paradigm: The Evolution of Capitalism

The Gaia theory lights the way to a new form of capitalism.

Nowadays, we use the word “paradigm” very loosely.

A reformulation of a toothpaste suddenly becomes a “paradigm shift” in dental hygiene and beauty. A slight redesign of a car gearbox becomes a “paradigm shift” in mobility. But that isn’t remotely what Thomas Kuhn meant when he spoke of paradigms in his book The Structure of Scientific Revolutions, published 50 years ago in 1962. I read it as a teenager – and it irreversibly changed the way I view the world.

What Kuhn meant by a paradigm shift can be illustrated by the incredible emotional and political shocks that ricocheted around Europe when it was first proposed that instead of the Sun and the rest of the universe moving around a static Earth, our home planet spins around the Sun. People were burned at the stake for suggesting this. These days all of this is ho-hum: we know that our solar system is an infinitesimally small part of a galaxy which, in turn, is a tiny speck among billions of galaxies in our universe, which itself may be one of a number of universes.

But today’s emerging equivalent of that disruptive new worldview is not hard to find: it has also been evolving for half a century.

The central idea is that our capitalist economies, based on the assumption that we can consume at the rate of 3 planets-worth of natural productivity (EU average), 5 planets (US average) or even 6 planets (as I was told recently in Abu Dhabi they are headed toward), are unsustainable.

And that means either that they (we) are going to hit the wall or that we are going to develop new forms of breakthrough capitalism, that incorporate sustainability considerations into how different forms of capital (human, intellectual, social, natural) are valued, priced and managed.

A Tour of The Science Museum

All of this coursed through my mind as three of us were given a tour of London’s Science Museum recently. I’m not proud of it, but against the advice of my teachers I gave up Physics, Chemistry and Biology at school when I was 14, switching to a General Science course that meant I gained a broader, thinner sense of science. There have been many moments when I regretted that decision, but not when I started writing for the British science magazine New Scientist in the mid-1970s: in retrospect, the fact that I didn’t have a proper science background made it easier for me to bridge between scientists and ordinary readers.

Still, the depth of my relative ignorance of some key areas of science was borne in on me as we worked our way around the museum. Four objects displayed stick in my brain, three of which I could understand fairly easily. The fourth, the smallest of all, is the one I struggle to understand – and it is the one that has had the biggest impact on the chemical industry in recent decades. 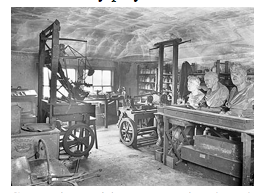 The first object was a true wonder, the original workshop of British engineer James Watt. He was a key player in the first Industrial Revolution – and in the harnessing of the power of fossil fuels and of steam. It is an amazing experience to walk into the very space where he worked, translocated from its original site at his home after 60 years of negotiation with the Watt family. The sheer range of Watt’s creativity and innovation beggars the imagination, spanning physics, chemistry and ceramics and other novel materials.

The second object was simpler: a V2 rocket from the Second World War, used to bombard (and terrorise) my home city of London. Though Londoners in the 1940s came to dread the V2, it was the cutting edge of rocket design at the time – and in the postwar period powerfully influenced scientists and technologists working on the NASA space program.  And from that work, ultimately, came the paradigm-altering images of Earth from outside the atmosphere, which helped power the global environmental movement. 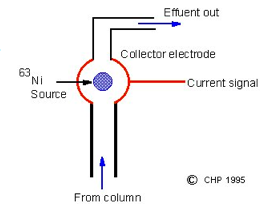 The third object was designed by the man who also designed early tests for life on Mars, James Lovelock. His electron capture detector was probably the smallest exhibit we saw, yet the science it enabled shook the global chemical industry to its foundations – when it demonstrated how widely problem chemicals were spreading through the natural environment.  Examples included DDT, PCBs and CFCs, all fairly soon abandoned.

The Gaia Theory: Shifting Our Understanding of Earth

Then Lovelock moved on to evolve his Gaia Theory, looking at Earth as an integrated system responding to human impacts rather like an organism might. That, for me, will be his most important legacy – and the implications for the future of capitalism are both poorly understood and potentially immense.[Read: Frances Moore Lappe Decodes the Gaia Theory]

The Clock of the Long Now

The fourth object we stumbled across was a complete surprise to me: I had no idea it was in the museum. It was a prototype of the Clock of the Long Now, designed to tell time not just over hours and days, but over decades, generations, centuries and millennia. Just as the work of people like Henry Ford forever undermined industries based on the use of the horse, so for me these last two objects signal core characteristics of the emerging economic paradigm. Among them: acutely greater sensitivity to environmental insults and radically longer-term timescales.

The main reason we were touring the Science Museum was to get a sense of how breakthroughs in science and technology are now exhibited.  I am part of the Friends of the Lovelock Archive, which is raising funding for an exhibition of James Lovelock’s many decades of scientific research, with a view to digitizing his entire archive and making it a feature of the Science Museum’s core platform.

For me part of what makes all of this so fascinating is that I see Gaia Theory as an overarching element of the scientific, political and economic environment in which new technologies must now evolve – including genetic engineering, synthetic biology, nanotechnology, geo-engineering and artificial intelligence.

They will be shaped by – and will often help shape – what I believe we may well come to call the Lovelock (or Gaia) Paradigm.