A review of 99 to 1: How Wealth Inequality Is Wrecking the World and What We Can Do About It, by Chuck Collins 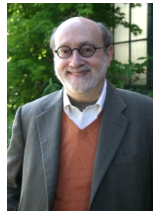 With all the attention focused on the gap between the haves and the have-nots by the Occupy Wall Street movement, talking heads have sprung up all over the place professing to be experts on the subject. Perhaps a few of them are.

But nobody in the United States knows more about wealth inequality – its historical roots, its current expression, its profound impact on our society, and what we can do about it – than Chuck Collins. Collins, co-founder of the Boston-based nonprofit activist organization United for a Fair Economy and now a Fellow at the Institute for Policy Studies – has been immersed virtually full-time in the subject for more than a decade and a half.

In 99 to 1, Collins lucidly spotlights the terrible price we all pay for the massive imbalance in wealth between today’s haves and have-nots. He surveys U.S. economic history, drawing a parallel between the Gilded Age of the 1890s through the 1920s and the current era, beginning in the late 1970s — both of them periods when the disparity of wealth grew to unprecedented proportions.

Collins explains the political dynamics that gave rise to today’s wealth disparity, identifying those responsible as the “rule-riggers” among the 1%, chiefly the leaders of Wall Street-based financial institutions and of the transnational corporations they finance as well as a small number of the individuals who are benefiting the most from the current economic regime.

As Collins explains, the 1% today includes individuals with net worth of $5 million or more — a total of roughly three million individuals or 1.5 million households. Obviously, this large number of people aren’t co-conspirators in a historic scheme to plunder the U.S. economy. However, a small percentage of the 1% does actively participate in an ongoing effort to shift wealth from the poor and middle class to the coffers of those who are already rich.

These “rule-riggers,” most of whom can be found among the top one-tenth of 1%, use every advantage at their disposal: their direct access to legislators; the thousands of lobbyists their companies maintain on Capitol Hill and in statehouses throughout the country; their personal and corporate philanthropy; and their positions in society as “opinion leaders.”

The result of their three decades of effort has been to weaken labor unions; undermine government regulations ensuring public health, job safety, and environmental quality; and seize control of both major political parties.

This disproportionately benefits not just the 1% as a whole but the very richest among them. As Collins notes:

Tragically, the growing disparity in wealth is neither new nor just an American phenomenon. More than 2,000 years ago, Plato (yes, that Plato) wrote:

"The legislator should determine what is to be the limit of poverty or of wealth."

Collins devotes considerable attention to identifying the steps that need to be taken to reverse the direction of the pendulum. He is careful to point out that any movement to do so will find a great many allies within the 1 percent. He cites polling results that “over 65 percent of people in the 1 percent agree with the concerns of the 99 percent and believe they should pay more taxes.”

However, an effort to reverse the present course will require a fundamental shift in society’s values over many decades. Collins enumerates the clashing values between those at the top of the wealth pyramid and most of the rest of us and lays out a policy agenda based on a “seven-generation perspective — the belief that our actions should be considered in light of their impact seven generations into the future.”

99 to 1 should be required reading for every public official, every activist, and every citizen who wants to understand what really makes our society tick and how its malfunctioning economic systems can be repaired.

Who are they and what do they want?

Piercing the Veil of Financial Secrecy

Is Occupy Wall Street a Movement for Sustainability?