iTransparency: Is Apple catching up?

iTransparency: Is Apple catching up? 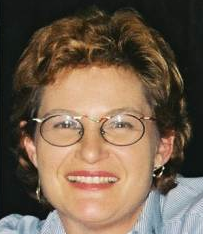 This week, for the first time, Apple disclosed the names of most of the suppliers in its supply chain. The list, which appeared alongside the company's 2012 Supplier Responsibility Report, represents some 97 percent of Apple’s procurement expenditures for materials, manufacturing, and assembly of Apple products worldwide. It includes names of well-known and reputable multinational companies as well as unknown local companies in several countries.

The news of the disclosure has been hailed as progress, though not without reference to Apple's alleged complicity in a long string of human rights violations in its supply chain: the spate of Foxconn suicides; explosions and other workplace issues; alleged chemical poisoning of workers at Wintek; and a host of additional human rights abuses in Apple contractor factories including low wages, unpaid overtime, lack of adequate safety measures and more.

Perhaps these accusations—many of which seem to have substance—have now reached such a critical mass that Apple feels that the brand image of its otherwise impressive product range may start to suffer irreparable damage. Perhaps Apple has understood that there is more to be gained than lost in taking the iTransparency route.

Is There An App for That?

Whatever the reason for the disclosure, the fact remains that Apple is several years late. In the apparel sector, such disclosures have been common practice for some years now with Nike being the first to make a full disclosure of suppliers in 2005, followed by Levi Strauss, Gap and others. Hewlett-Packard disclosed their supplier list with their 2007 Sustainability Report.

(Ironically, the ultimate in sustainability mobility has to be the flurry of Sustainability Report applications for your iPhone or iPad.A quick visit to the iTunes App store will leave you spoiled for choice. You can download for free the sustainability reports of Royal BAMGroup NV, Kmart, Wacker, Prudential, Corio, Chemring, MAN Trucks, Itau Unibanco, Fuji Xerox and more, and take them with you wherever you go.

Yet, while Apple's technology and innovation have enabled everyone else to weave their transparency offerings into the intimate lives of citizens-consumers-investors-employees everywhere, the company itself resisted transparency for so long.)

But this is not only about transparency for its own sake.

Underlying the move to disclose supplier names is an admission that stakeholders are entitled to information, which may affect their purchasing decisions. It is also the intimation of a willingness to engage both in dialogue about supply chain issues and accept the criticisms that may follow. 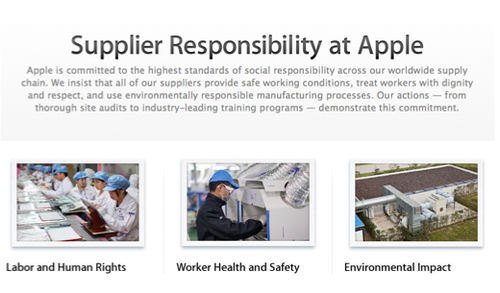 Even more importantly, Apple's disclosure reveals a genuine willingness to do things better, in an area of business which all global companies with outsourced supply chains have never ceased to grapple with: No company has excelled at eliminating human rights abuses in extended supply chains; No company has recorded perfect scores in supplier audits.

Despite the huge amount of resources ploughed into monitoring, auditing, training, warning, incentivizing and, if all else fails, terminating contracts, outsourced suppliers are just not getting it right 100 percent of the time.

A sample of findings from the audits:

While it is commendable for Apple to disclose such sobering facts about its own business, all eyes remain on the firm to see how it addresses the root causes of these issues, and whether it can eliminate them from its supply chain.

More auditing, more training and more termination may not be the answer.

Perhaps Apple should focus some of its renowned innovation capability on fixing the root causes of supply chain issues, in addition to preparing the launch of iPhone 5.

"No one in our industry is driving improvements for workers the way Apple is today."

The truth of that statement is a matter for debate, but the fact remains that when it comes to transparency, Apple is doing today what so many other global manufacturers started doing yesterday. It may still be too little for Apple, but it is definitely not too late.

It's key that pressure on Apple to continue to make progress, both in human rights and environmental aspects of its business, remain high. The demand for greater transparency must not cease. As we have seen, and other manufacturers have proven, there IS an App for that.