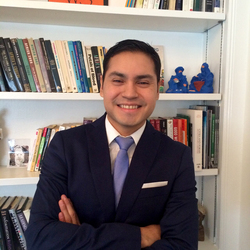 In Latin America, in terms of public infrastructure investments neither the state nor the private sector have lead enough initiatives to cope with the expectations of communities and economic growth. The scheme “Obras por Impuesto” (OxI), put forward by the Peruvian government is a program that targets precisely that, bridging the gap between local companies and communities, while solving the immense need of public infrastructure throughout the country. We think this is a good model for Latin America and beyond.

In the US, entrepreneurship and investment is a central tenant in the political-economic structure of democracy.  In addition, governments in developed nations have always understood the importance of efficient infrastructure as a driver of development. In Latin America, the need for public investment is a serious and risky problem; state-led infrastructure-development doesn’t seem likely to keep pace with economic growth (or citizen’s expectations) any time soon. According to the OECD, public infrastructure investment in Latin America borders the 3% of GDP, below the 5.2% advised to close the gap. But the OxI scheme provides a new and important avenue to increase the role of the private sector as a development agent, important to sustain economic growth.

OxI opens up the opportunity for companies to fill the gap the government is failing to satisfy by helping accelerate construction of needed public works: the development of roads, police stations, water sewage systems, etc. The scheme allows local private companies to invest in public infrastructure, lending funds to local authorities. Under the plan, firms expect to receive their money back in 3 to 5 years but with no interest, while deducting up to 50% in taxes for the subsequent year after delivering the public work. The firm using OxI is responsible of the entire development of the public work, which encourages efficiency. Private companies have an incentive to stay in budget and finish the work in a proficient and timely manner.

The scheme resembles Impact Investment, with investors, in this case large or SME companies, using financial tools to lend money to investments with good social value. The big difference is that OxI is only open to companies paying taxes in Peru encouraging local companies to drive impact in the communities in which they operate. Think of it as an exclusive Public Private Partnership portfolio for local communities that otherwise wouldn’t be able to attract capital for development.

In the interest of good fiscal management, OxI programs are always capped based on royalties each region received from mines in their territory (15% of national GDP and 60% of all exports is link to mining). Thus, each region can only receive as much money from OxI as they can repay with royalties in subsequent years – a kind of loan securitization.

OxI encourages regions to invest efficiently in productive public works and prevent corruption. The Peruvian government has empowered the national investment promotion office (ProInversion) to organize a portfolio of the bids and opportunities in each region. However, private companies can also start developing projects on their own and gain support from local authorities (local districts, regions, public schools, etc.), which then would pass through a rigorous analysis process from ProInversion.

For foreign companies already operating in Peru or thinking of entering Peru, this scheme also presents a good opportunity. Foreign firms and investors have the same need and interest for efficient infrastructure to operate. Plus, foreigners often struggle with unclear government bureaucratic standards. With OxI, supplier companies can negotiate and work directly with other private local companies. An independent government agency monitors transparency, but business transactions are left to the developers, private companies. This kind of business-to-business approach could be a breath of fresh air to firms wishing to do more and invest more.

Here at AMGlobal we have seen this program in action. Backus Corporation is the leading beer producer in Peru and was the first to implement a project of OxI in 2008. Among the completed projects include the Chilina Bridge in Arequipa, executed together with 3 other large companies, an investment of approximately US$73 Million. Backus also led innovating the bidding process mechanism, presenting the first project initiated by the private sector, which was successfully executed during 2014,

According to Aldo Parodi, Administrator for Backus Foundation, Backus’ goal is to execute public investments for up to 50% of income tax that the company pays annually, preferably through consortia with other companies, which can expand the range of their actions.

“The key to success is to create shared value, performing investments of social and public interest in full transparency” – Aldo Parodi

Without a question many details still need to be worked out but the “Obras por Impuesto” (OxI) scheme offers:

There is still a lot to learn and there is a huge need for coordination so different projects work together. But OxI is a very positive initiative that means a real opportunity and model to take to others parts of Latin America and beyond.