Do Companies Need to Consider Their...

Do Companies Need to Consider Their Human Rights "Foot-Print"? Or "Hand-Print"? Or Both? 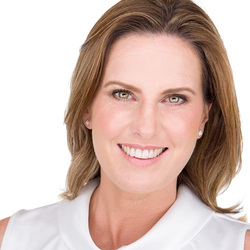 Similar to a carbon footprint, which measures a company’s greenhouse gas emissions, the human rights footprint of companies has been scrutinized for many years with addressing such issues as slavery in their supply chains, lawsuits, consumer pressure, and occasionally of their own volition. Business’ human rights footprints should include at the very least their labour practices and supply chain processes, but also the financial support that they knowingly or unknowingly (risk management) could be supporting oppressive regimes through commercial engagement.

While companies will continue to be pressured by activists - and in sometimes in law or regulation by their government - asking them to examine and manage their human rights footprint risks, perhaps it is time for business to evaluate their human rights handprint (opportunity management) too.

Unlike a footprint, a handprint implies much more deliberate intent. If I reach out to grasp something or shake someone’s hand, I have done so out of a personal decision, obligation or opportunity. In other words, a company’s footprint measures its conduct and impact while its handprint equates to its intentions and influence.

Companies have long recognized that a shaky human rights footprint will cause any number of risks ranging from within operations to reputation. However, today, they should start anticipating even greater expectations of their own conduct and practices; as stakeholders – including current and prospective employees, shareholders and consumers – evaluate partners by their social and human rights footprint, among other factors. Companies can prepare for these growing expectations by crafting new corporate policies, which are followed by additional (box-ticking) auditing – or they could adopt a more entrepreneurial leadership approach.

Wal-Mart provides a strong example with regards to its environmental footprint. The companyhas set broad goals in areas ranging from energy to packaging. In addition to changing its own practices, Wal- Mart turned to its vendors and suppliers and said: “You want to be one of our most valued business partners? Help us figure this out.” Needless to say there are a number of human rights handprint expectations and actions that Walmart has and continues to consider.

Do more than just “No harm”

Recently in Qatar, civil society has called on FIFA sponsors to respond to human rights concerns at construction sites for the Qatar 2022 World Cup. They are weathering blistering assaults from activists,

politicians and the elite media. So far, Adidas, Coca-Cola and Visa have issued statements and reports supporting workers’/ labours’ rights in Qatar.

Sponsor companies can learn from the lead up to the 2008 Beijing Olympics that human rights campaigning provided businesses with an important lesson, albeit a lesson-through-omission. The 2008 Games were certainly not the first time that the Olympics have been politicized, or that corporate sponsors have been criticized. The Athens Games (2004) called on the sportswear industry to eliminate child labor practices from its supply chain and the Sydney Games saw Coca-Cola pilot new environmentally friendly refrigeration technology based on both pressure and partnership from Greenpeace.

In 2008, human rights triggered Steven Spielberg’s pull-out as creative consultant to the Games; human rights led to the assault on torch bearers in Paris; human rights had European politicians flip-flopping over attending the opening ceremony; and human rights caused the arrest of several Chinese and international human rights activists during the Games.

Rules matter and regulations are needed, but real behaviour change comes from incentive. The trick is to give people -inside and outside of a company a reason to care about human rights. They may respond with self-interest, as well as innovations that may never have occurred if left for one company department or subject matter expert to address with executive level support.

Forty years ago, car companies resisted installing seatbelts in cars because, they thought, it would make their product appear unsafe. Today, car companies spend millions of dollars on ads that depict a typical family (played by crash-test dummies) in a car that is hurtling towards a brick wall at 70 miles per hour. What was once an unspoken risk – car crashes – has been embraced and flipped into a product and marketing distinction: "safety".

Images of happy garment factory workers may never replace supermodels on the billboards of a fashion company. But what if human rights criteria could...

1) Be added to the list of consumer consideration drivers alongside quality, price and dependability as part of a product profile?

2) Be added to a manager’s annual performance and salary review included measurements of a project’s human rights impact?

3) Lure candidates with salary and benefit packages, but could also assure them that they would be joining a company that they could be proud to work for?

By definition, a focus on human rights is cyclical with up’s and down’s and spikes connected to specific crises or current events. But as a global society, we may be entering the beginning of an era of longer term systemic change in how companies think about, approach and influence human rights.