No Pot Luck for Teens

No Pot Luck for Teens

Series: A Decade of Driving Change 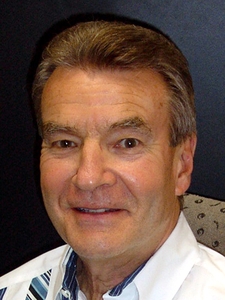 Fewer teens use marijuana than alcohol, and it’s less of a factor in car crashes. But the drug still poses real dangers when teens are behind the wheel.

How so? Marijuana is typically smoked, and when it is, the chemicals pass very quickly from the lungs to the bloodstream to the brain. This releases dopamine in the brain’s reward center creating the pleasurable feelings or the “high” from the chemical. However, other effects impact a number of critical driving skills including:

In 2013, the Youth Risk Behavior Surveillance System conducted by the Centers for Disease Control and Prevention showed that 40.7 percent of high school students have used marijuana in their lives. That compares with 66.2 percent who drank alcohol at some point.

However, across all age groups, the proportion of drivers testing positive for marijuana and other illegal drugs is on the rise according to the latest national Roadside Survey of Alcohol and Drug Use by Drivers. More than 17 million people in the United States use marijuana, and the number will likely grow as more states legalize medical and recreational use.

On the road, teens are more likely than drivers as a whole to be using pot. A national survey conducted in 2007 of more than 10,000 drivers on week-end nights showed that 6.9 percent of all drivers had marijuana in either their saliva or blood. However, 12.0 percent of drivers aged 16-to-20 had marijuana in their systems -- by far the highest percentage in any age group.

High school seniors who smoke marijuana are twice as likely to be cited for a traffic violation, and 65 percent more likely to get into a crash than those who don’t smoke it.

Even the National Organization for the Reform of Marijuana Laws (NORML) advocates “no driving” when using marijuana. And that attitude is carried over to the public. In 2015, The Allstate Foundation published research that showed:

In light of all this information, it’s not surprising that the Pacific Institute for Research and Evaluation recommends that states enforce the minimum purchase and possession age of 21, adopt illegal blood levels of marijuana for drivers, and combat drugged driving using roadside saliva testing to detect drugs.