To Be Mentored or to Mentor?...

To Be Mentored or to Mentor? What Sustainability Leaders Really Need to Succeed 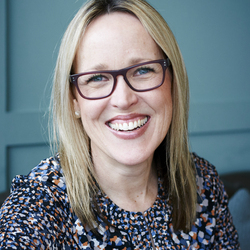 I made the point that, for senior-level executives, becoming a mentor to somebody lower down the career ladder can be "an invigorating experience that exposes you to new insights and ideas from younger or fresher minds". I got lots of feedback from clients and colleagues on that piece. Everyone wanted to know what they could do to help someone in a career five or ten years behind them and receive some invigoration in return... All except one person, that is.

"Ok that's great, Shannon, I see the benefits," wrote one former client, "but where do I go to get mentoring support?"

This particular client was a Chief Sustainability Officer for a global FMCG brand. Her role had existed for less than three years, her team was embryonic and she was only just starting to get the message across to the rest of the C-Suite. As she later told me in detail when we met for a hurried coffee at Liverpool St Station, the challenges she was facing in her professional life were immense and intimidating. She was feeling the pressure on all sides of the business and despite considerable experience in demanding corporate environments and a deserved reputation as a cool player, she wasn't sure where to turn or how to seek support.

We looked at her options. Her semi-social professional network wasn't appropriate to lean on as people in similar roles tended to work for competitors. The handful of global sustainability leaders that blazed the trails for this lady's generation of change-makers simply weren't available to her. Senior people in her own organisation were too close to the issues and not in the right position to guide her on the tricky interpersonal aspects. So perhaps more importantly than a senior-level sustainability exec being a mentor, it was clear that there were slim pickings when it came to being mentored.

My stressed CSO rushed off to catch her train. That evening I received an email from her linking to this article from the Harvard Business Review explaining why C-suite executives need mentoring more than they realise. The researchers believe that "more CEOs should connect with mentors rather than assume that theirs is a burden to be shouldered alone". But they also found - as my client did - that making a mentor/mentee match gets harder and harder the higher up the corporate ladder you climb. It needed to be an appropriate match with no conflict of interest, it needed to be structured in terms of time, access and goals, and it needed to valued by both parties, as well as the mentee's organisation, if it was ever going to be prioritised over other competing demands.

I wrote back: "Ah ha! (*waves at giant elephant over there by the door*) A service that ticks all those boxes is not called mentoring. It's actually called Executive Coaching and it's exactly what you need to overcome your daily challenges in your position of (supposed) influence."

The major difference between mentoring and Executive Coaching is value. As a classic Forbes article on the subject put it, it's gone from stigma to status symbol…

‘You’re so broken you need a coach'

'You’re so valuable you get a coach’

It's a whole other ball game and - if you ask me - just what the sustainability sector needs is to give its leaders the support they need to achieve scalable impact.

Employers value (and pay for) Executive Coaching because it's something leaders can apply and participate in in the context of their current jobs - they don't have to take a three-month sabbatical to go do an executive leadership course, nor do they have to carve out precious time from their personal lives to meet a mentor and absorb their sage advice. An executive coach is right there in the office with the coachee (well, at least some of the time physically, and most of the time virtually), which means they're engaging with the challenges and solutions on a daily or weekly basis.

The strongest case for executive coaching can be made when individuals or organizations seek change and growth in specific areas:

3.     Introspective assessment of soft skills (managing yourself as well as those around you, using empathy)

Employees, meanwhile, value Executive Coaching because it helps them find new ways to tackle old problems as well as new ones. What's more, the Coach isn't reporting to the company or boss, their loyalty is to the employee, which means that s/he is on their side yet disconnected from the impact of decisions and so able to offer real, unbiased and constructive feedback. A good coach will start with a 360 review and prioritise key development areas, before walking you through leadership coaching and workshops on effective teambuilding or employee engagement.

For proactive leaders who are determined to maximize their spheres of influence by taking a deep dive into personal challenges and solutions, Executive Coaching is the way to go.

My stressed-out CSO sent me back a smiley face. I'll let you know how she got on in my next column.

For more information about leadership and executive coaching, get in touch with me.