The Shared-Value/s Approach To Sponsorships

The Shared-Value/s Approach To Sponsorships 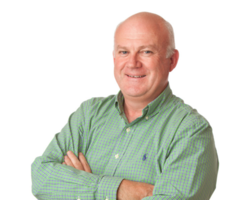 People expect brands to behave responsibly. They expect brands to be authentic in their commitment to the community and the environment, and they expect them to make a real, positive difference that consumers can touch and feel. The 2013 Cone Communications Social Impact Study revealed 90 percent of Americans say they’re more likely to trust and stay loyal to companies that actively try to make a difference. People believe corporations have a responsibility to embrace purpose alongside profit and actively support the communities with which they do business. Consumers are prepared to support those corporations that demonstrate a commitment to doing good while doing well.

Having spent the last 25 years deeply ingrained in the business of sponsorships and connecting brands with fans through sports, media and entertainment properties, I am convinced more than ever that the best partnerships are those that not only drive value for the sponsors but that also make a meaningful and positive difference to the communities in which those sponsors operate.

In South Africa, we developed the Save Chapman’s Peak Fund for Old Mutual in response to a devastating fire that closed Chapman’s Peak—the most important part of the route for the Old Mutual-sponsored Two Oceans Marathon in Cape Town, which was home to the corporate headquarters for Old Mutual. The Fund provided an additional point of engagement for Old Mutual around an environmental issue the company and many of the 25,000 runners in the “world’s most beautiful marathon” cared deeply about. Through an emotional communications campaign, we not only raised awareness around the environmental issues connected with the fire but also inspired runners to join the cause.

During the Two Oceans Marathon, more than 70 percent of the runners wore a pair of green laces—green being Old Mutual’s corporate color—to show their support for Chapman’s Peak. Old Mutual committed to making a donation to the Fund on behalf of each runner who wore the green laces. The funds donated by Old Mutual were used to kickstart a fundraising effort that went on to secure nearly $1 million for an environmental impact study on the fire-damaged mountain the local government could not previously have afforded to fund. And in the process, the local community got their beloved Chapman’s Peak restored.

With the current technology revolution, people are more connected than ever before. This has resulted in communities sharing good and bad stories and experiences with each other and having a voice like never before. Good behavior is rewarded; bad behavior is punished.

I’ve also seen the power of a shared-value/s approach in the 10 years since I was last in South Africa. Chevrolet’s sponsorship of One World Play Project added a layer of purpose to their otherwise traditional football club sponsorship with Manchester United. Their sponsorship of One World Play Project showcases a shared commitment to deliver the transformative power of play to literally millions of children around the world and to sharing stories of play far and wide.

I saw it in Lexus’ sponsorship of the 34th America’s Cup and the More Than a Sport campaign. Lexus used their association with the major global sports event to demonstrate shared values around luxury and sustainability, and in doing so, the company shone a light on the value of the ocean through the event’s Healthy Ocean Project.

The San Francisco Bay Area Super Bowl 50 Host Committee and its various sponsors are committed to delivering the mega event in a “net positive” way. This means they are actively looking for ways to use the use Super Bowl 50 as a platform to do good for the benefit of the entire Bay Area. Super Bowl 50 will be delivered as the most shared, most participatory and most giving Super Bowl ever with a sensitivity to reducing the event’s impact on climate change, responsibly using material and resources, inspiring fans to personally embrace sustainability and leaving a lasting positive legacy.

These various partnerships have delivered and are delivering sponsors the opportunity to demonstrate their commitment to the communities in which they work as well as a menu of more traditional brand building, consumer engagement and marketing.

In my experience, sponsors are more impactful when taking advantage of a purpose-driven approach than taking an only-for-profit approach. A shared-value/s approach is good for sponsors, good for sponsorees and good for society and the environment.

For more on this topic, download the full eBook. One World Play Project works with partners to engage audiences on a deeper level, create an emotional connection to brands and deliver the transformative power of play to youth worldwide. To partner with One World Play Project, email sponsorships@oneworldplayproject.com.