Part two of a special three part Sustainability Finance Report for this week by Reynard Loki. 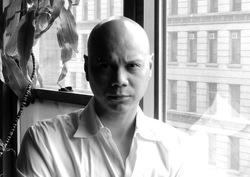 When Calvert looks at an entire credit universe, they place the companies across a wide spectrum. On one end are companies who exhibit improving fundamentals and ESG characteristics that represent the largest EBITDA-generating opportunities. For those names, Calvert would typically express an overweight position versus the benchmark.

On the other end are companies that exhibit deteriorating fundamental and ESG characteristics, and therefore pose the greatest risks from negative outcome potentials. For those names, Calvert would typically express an underweight or "avoid" position versus the benchmark. And then there are companies between these two extremes.

"Our positioning in the portfolio really depends on magnitude of the fundamental or the ESG drivers and how one might trump the other," said Nguyen-Taylor, who gave PepsiCo (NYSE:PEP) as an example of a company in the middle segment of this universe.

"PepsiCo is a company that on the ESG side obviously has been a clear leader in sustainability with respect to water conservation and packaging," she said. "However, on the fundamental side—though the company is a stalwart consumer products company—we have been concerned about the event risk around this name and the potential for the company to be broken up into the beverage and the snacks businesses, which could have negative implications to you as a bond holder if your bonds were moving to the lower EBITDA-generating entity. And so this is a situation where fundamentals trump the ESG issues, and we at various points had a market underweight position in the name given where valuations were."

"Our investment decision around the controversy really depends on the fundamental profile of the company as well," she added. "So if we are looking at a small metals and mining company that is concentrated on one project in one particular region in the world that may have caused environmental harm and social upheaval, we think that this is a company that may suffer long-lasting and significant financial repercussions due to reputational damage or neglect of human rights. But if we’re looking at a large cap pharmaceutical company that has just faced a substantial product recall, we might say that this is a company that could probably withstand a significant liability given its scale and the liquidity position."

Most people may think of engagement as applying more on the equity side than with fixed income, but the Calvert team disagrees with that view.

"While it's certainly true that there's proxy voting and shareholder resolutions that are available on the equity side only, that only really scratches the surface of the value and the ways one can engage with companies," said Lasdon. "In fact, fixed income investors have plenty of opportunities to contact a company...often the engagement will highlight how a company needs to change to address some core risks. Paying attention to some of these developments can provide additional value to the fixed income research process."

"What we've observed is that the environmental and governance disclosure is quite strong in public filings," said Nguyen-Taylor. "We don’t feel that is the case with social issues, and so having an in-house sustainability research department that can shed light on these social issues through direct dialogues with management or to access to other resources, such as civil society reports or labor union reports, we have found to be extremely valuable."

She cited as an example a long-term trend that has plagued traditional mid-tier department stores in the retail sector like Sears (NASDAQ:SHLD) and JC Penney (NYSE:JCP): Their inability to cater to the youth demographic and the subsequent loss of market share to fast fashion specialty retailers like H&M (SS:HMB), Zara (SM:ITX) and Uniqlo.

"This has really been evidenced by their reluctance to sign on to the Bangladesh Factory Accord in the wake of the Rana Plaza tragedy in Bangladesh at a garment factory," said Nguyen-Taylor. "And this we believe has significant financial implications, as we believe sourcing in low-cost countries, where you're exposed to human rights and labor risks, could create disruptions in your supply chain and your ability to deliver your inventory in a timely manner to consumers. So when we look at our exposures in the retail sector, we feel that certain companies that fall into this camp that really haven't shown a proactive commitment to social issues, such as Gap (NYSE:GPS) or Limited (NYSE:LB), we feel that engaging with these companies could really create attractive opportunities from an investment perspective."

In the bond space, these companies trade fairly wide versus some of their similarly rated retail sector peers. Nguyen-Taylor noted that "they do have a lot of operational upside given positive execution and strides that they’re taking in terms of inventory management and product offerings."

Many fixed income investors are attracted to municipal bonds (or “munis”) because, in addition to regular predictable income, the interest income generated by munis is exempt from federal income tax, and in many cases, state and local taxes as well. Munis also have a unique upside as they often represent investments in state and local government projects that have a positive impact on investors' own communities and families. Such projects include schools, hospitals, housing, highways, sewer systems and other critical public works projects.

In addition, municipal bonds are fairly safe havens for principal: In 2012, Moody’s published research that found that, between 1970 and 2011, the average cumulative default rate of rated investment grade munis was a mere 0.08%.{1}

Discussing Calvert’s view on municipal bonds, Nguyen-Taylor said they are specifically interested in the "essentiality" of the municipal project in question—a factor measured by a project's direct focus on improving the well being of its citizens, including such core local concerns as education and health care.

As I wrote in January, green bonds, which tie an issue’s proceeds to projects that create positive environmental impacts, are a steadily growing asset class. More than $10 billion of green bonds were issued last year, making 2013 the biggest year yet for this emerging climate investment vehicle.{2}

In terms of green bonds, Lasdon noted that Calvert, in launching a product related to green bonds, "took some of the market definitions that are out there, but...also devised our own definition that could be applied broadly across fixed income classes to be able to evaluate what would constitute a green bond."

"No bonds should be deemed green by default,” asserted Nguyen-Taylor. "We need to evaluate the program and make sure it has an explicit environmental benefit. We look at the benefits and how much they outweigh the cost of the project. We’d like to see evidence of commitment and policies to ensure environmental performance. For our green bond fund, we do consider corporates where 50 percent or more of the revenues are derived from cleantech or environmental beneficial technology."

There is still work to be done in terms of achieving an accepted industry-wide definition of a green bond. But as JPMorgan Chase noted earlier this year, "Despite the absence of a standard that defines project categories for green bonds, the market is thriving."{3}

On the Bloomberg Terminal, green bonds are available through SRCH<GO> by typing in @GREEN and selecting the auto-suggest "SRCH@GREEN." To get Bloomberg's broader philosophy on green bonds and how they are making this investment universe discoverable, users can access a recently launched Terminal guide found at BNEF<GO>.

"Our process is driven by criteria that have been set by BNEF across renewable energy, energy smart technologies, energy efficiency, green building, infrastructure, a number of other use-of-proceed areas that we have defined, said Lenora Suki, Senior Product Strategist at Bloomberg Sustainability, who presented an overview of Bloomberg’s ESG tools.

"We also do consider labeling by issuers and syndicates. So if a syndicate lets us know that a bond is a green bond, then we look at that label to determine the integrity of the information that we have on the use-of-proceeds relative to the label we've been informed by the issuer or by the syndicate. So the use-of-proceeds really is the most important piece of this and how robust the issuer's documentation is around that. We really welcome it when issuers and syndicates indicate that they plan to adhere to the Green Bonds Principles."

Come back on Friday 5th December for the final part of this week’s Special Report.