Inspiring real community change through documenting the mentorship of youth 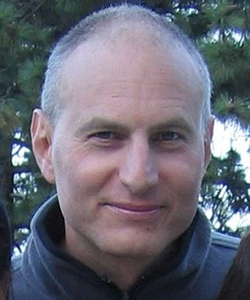 As a filmmaker it is my life’s work and mission to tell the stories of those that do not have the resources to do so themselves. Whether it be the story of two inner city young men and their families who have real “hoop dreams” or the story of children from an indigenous culture who have to “journey from Zanskar” in order to help save their dying Tibetan culture, the piece that all of us as humans want to embrace is story – story with aspirations for a better life for our children.

As we watch the media’s obsession with what often times seems the most salacious and disheartening of stories, it should only serve to inspire those of us who embrace social justice to endeavor to do more and tell more about the lives of those less fortunate.

When faced with the daily media overload of poor journalism, talking heads and a societal pressure to quickly tear down any heroic standouts, it often can seem disheartening, but that is why we must endeavor to film stories that matter. Not only do we have to film stories that matter, we must through those films help the vulnerable and young people in our society know they still matter.

My new film project “Boys Become Men” has much to do about the need for rites of passage and mentorship among teen boys. One of the compelling gifts of this venture is that seed money was raised for it using crowdsourcing on Kickstarter. Almost 300 people, many the world over, answered the call to tell us this story was important. That demand underlines the need for stories the media doesn’t cover.

Within every corporation, every city, every town block and every family, there is an opportunity to mentor and transform boys to men in a fundamental and far-reaching way that will benefit us all. These rites of passage will also provide these young men a North Star to steer their lives in a productive, accountable and fulfilling manner. By tapping their inherent, limitless capacity for good at a younger stage in boys’ lives also gives our society new options for peace, community and sustainability. The task for all of us is not only how we can we create a place for stories of value and substance amidst all the slick glossies, media pundits and sensational 24/7 court coverage, but how we will empower young men to embrace a new, truly heroic story for themselves despite this constant media battering.

While my project will celebrate the best American programs fostering, mentoring and transforming boys, I hope to hear from many people in the CSR community who are seeing success with their own programs. I want to share those successes. I also know it is our community that must ultimately demand more for our young sons. We must no longer accept the status quo story of their loss to wars, drugs, prison or early fatherhood through teen pregnancy.

Please let me know how you are helping change the lives of young men in your community, corporation, non-profit. If I can’t film it, I’d at least want to celebrate it.

Frederick Marx is an internationally acclaimed, Oscar and Emmy nominated director/writer with 35 years in the film business. His film "HOOP DREAMS" played in hundreds of theatres nationwide after winning the Audience Award at the Sundance Film Festival and was the first documentary ever chosen to close the New York Film Festival. His newest film "JOURNEY FROM ZANSKAR" opens in NY Sept. 23 at the Quad and Dec. 9 in LA. He brings a passion for appreciating multiculturalism and an urgent empathy for the sufferings of the disadvantaged to every subject he tackles. As his mission statement indicates ("Bearing witness, creating change"), his is a voice strong, clear and profoundly human.

Readers: Can shining the light on real life inspire real change? Tell us your stories on Talkback!