As Dodd-Frank Conflict Minerals Reporting Deadline Nears, No Escape for Retailers and Brands

Is the retail industry ready to report on conflict minerals in its supply chain by May? 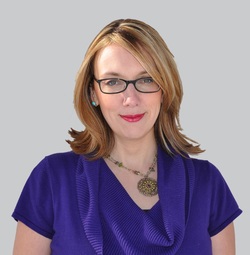 Fair Factories Clearinghouse's executive director of environmental programs Kelly Eisenhardt talks with Nate Herman, responsible for International Trade at the American Apparel and Footwear Association (AAFA), about how he sees the Conflict Minerals reporting deadline of May 2014 affecting the retail industry. With the undefined requirements for use of contract manufacturers, the potential of processing materials to leak during manufacturing, and the need for both brands and retailers to report to the SEC, they talk about how he foresees helping AAFA members get this right.

How does the approaching deadline of May 2014 for Conflict Minerals reporting impact the retail industry?

Right now everyone is conducting due diligence and reasonable country of origin inquiries, including going out to suppliers and requesting information. Most companies are trying to make this a part of their ongoing compliance program but this is all brand new for them and they are trying to figure it out. Most companies aim to fully integrate this process within their social compliance and environmental group. I see this belonging to the compliance

group for many companies.

Who does the Conflict Minerals legislation affect most in the retail industry and why?

The Conflict Minerals Regulation affects all apparel and footwear manufacturers, but it also depends on how the term “contract manufacturer” is interpreted.

Some retailers say they provide a lot of direction to their suppliers and have clear control over their bill of materials and specifications. Others order as if they are choosing from a catalog, like cups or promotional items, except its 1,000 pairs of blue jeans with pockets. Ordering in this catalog fashion makes it very difficult to know what materials are used in the product and where those materials originate.

Companies will need to have significant degree of control over their supply chain in order to know that they have minimal to no risk and have done their due diligence.

Private labels will need to have a program. Every brand and retailer is affected.

The regulation also does a poor job of defining contract manufacturing and the responsibilities associated. The AAFA guideline provides the retail industry with a better definition.

How is the retail industry tackling the reporting requirements? Are there standards, guidelines and/or commonly used tools?

Much of the industry is using the synchronicity of the EICC-GeSi [Electronic Industry Citizenship Coalition-Global e-Sustainability Initiative] reporting template, which is the only real point of convergence at this time. Everything else is through

myriad solution providers so everyone is collecting the data a little differently.

People are coalescing behind the EICC-GeSi template although there are so many different tools out there. Besides, many more regulations are being finalized across the EU and Canada about these minerals, which will require yet another data set and collection processes.

Which conflict minerals are most commonly used in the retail industry…tin, tantalum, tungsten or gold and in which products are they found?

Tin by far is in use the most and that would be for any metal or plastic component in clothes or shoes, eyelets, zippers, buttons, and rivets. Gold is used to a lesser degree. Gold plating and other types of gold are often woven in thread. Tungsten is often used in high-end dyes but those dyes are not used at all in our industry.

Some people may consider a “where used” scenario for tungsten with regard to the production tools, like cutting blades which are used to make clothes but it does not leak off the blades. So, that isn’t an issue. It is a bit fuzzy though because if the materials used leak into a product during production, that would need to be disclosed even though there is no evidence of contamination.

How is AAFA helping retailers and manufacturers identify risk in their supply chains?

The AAFA Guidance helps companies determine where in their supply chain they may find the materials and the need to report usage and origin. This guidance is meant to provide a starting point to establish criteria for compliance and reporting. The latest revision was released in May 2013 and the AAFA keeps the guidance current with any breaking developments.

Is the AAFA working with any other industry organizations to make identifying risk or reporting easier and more efficient?

There has been a lot of interaction with various members of the EICC throughout the development of the AAFA Guidance document and also with organizations like North American Manufacturers (NAM). We’ve reached out to a large number of industries while developing our guidance like the automotive and aerospace industries, as well as other retailers like the toy industry. The toy industry sells to retailers as well so we try to work with them to form common guidance for suppliers and data collection. We don’t want to reinvent the wheel but to leverage what

has been done already and share what the AAFA is recommending.

How would you advise brands and retailers to proceed if they haven’t yet developed a conflict minerals program for their company?

Start with the AAFA Guidance! The impetus is to educate and be out front with our members. Those who haven’t “officially” started yet are getting requests from their suppliers and that is waking some people up to what they must do by May 2014. We noticed this is making its way back through the supply chain and having a ripple effect.

The best thing companies can do is get started right away if they haven’t and to use the information the AAFA has put together to help them build a program that is effective and efficient. There is no time to waste.