Antwerp 1920: A Symbol of Peace and Unity 100 Years After the Games 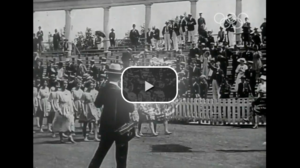 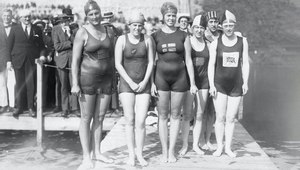 Following World War I, the IOC selected Antwerp to host the 1920 Olympic Games. Organisers overcame many obstacles to deliver an edition of the Games that is still recognised for its lasting contributions to sport, gender equality, unity and peace. One hundred years later, as the entire world is fighting the devastating COVID-19 pandemic, the Olympic Games Antwerp 1920 live on as a symbol of post-crisis solidarity and recovery.

Sep. 11 /CSRwire/ - World War I left the world in a state of devastation. The fighting had killed huge numbers, ruined entire cities, and crippled economies. The idea that thousands of athletes would come together in Antwerp, Belgium, was nearly unimaginable. One official report said the idea was “almost a folly”.

And yet, the Games of the VII Olympiad took place between 14 August and 12 September 1920, barely two years after Armistice Day, with the participation of 29 nations from the five continents. Antwerp was chosen to host the Games as a tribute to the war-stricken Belgium, and today the Games are recognised as a symbol of hope, strength and peace.

One hundred years later, as the dramatic spread of COVID-19 disrupts our daily lives, communities, businesses and the Olympic Games themselves, Antwerp 1920 still offers invaluable lessons.

“Today, once again, the world is facing uncertain and challenging times. Humankind currently finds itself in a dark tunnel. This time the Olympic Games Tokyo 2020 can be a light at the end of this tunnel”, IOC President Thomas Bach said.

The scale of the challenge faced by Antwerp was immense. With less than two years between the IOC decision and the scheduled start of the Games, time was not on the side of the organisers, who had to adapt the preparations to a shaky post-war economy.

Many of the 2,626 athletes, who came from 29 nations, had to sleep on camp beds for the duration of the Games. But they achieved major athletic success, inspiring a new generation of athletes in Belgium and elsewhere.

American swimmer Ethelda Bleibtrey won gold medals in every single event on the programme in women’s swimming at the 1920 Games,  breaking three world records in the process. Outside the pool, her influence would prove to be even bigger: credited with inspiring generations of US female athletes, her success also heralded a step change in gender equality across the country.  Meanwhile, “Flying Finn” Paavo Nurmi came away with three golds and one silver, beginning his career as one of the most successful male athletes in Olympic history. And 72-year-old Swedish marksman Oscar Swahn, who won a silver medal in shooting, is still the oldest person ever to win an Olympic medal.

Designed by IOC founder Baron Pierre de Coubertin in 1913, the iconic five-ring flag is a symbol of unity. It is still raised during the Opening Ceremony and – when the Games close - presented to the mayor of the next host city.

During Antwerp’s Opening Ceremony, Belgian athlete Victor Boin became the first athlete to read the Olympic oath, a tradition that has continued at all the Games since.

Another “first” was the release of doves, a symbol of peace showcased until today by every edition of the Olympic Games. At PyeongChang 2018, for example, the Opening Ceremony participants came together to form a bright symbolic dove of peace, lighting up the stadium and screens around the world.

Antwerp’s numbers have since grown. More than 11,000 athletes competed at the Olympic Games Rio 2016, and the coverage of the Games was watched by half the world’s population. With the ever-growing reach, the Olympic Games continue to break down barriers through sport.

The Games also continue to respond to new and emerging global challenges such as advancing gender equality, creating opportunities for refugees to compete and jump-starting initiatives to cut carbon emissions and fight climate change.

“One hundred years after Antwerp hosted the Olympic Games, their spirit still teaches us that – by working together – we can overcome enormous challenges,” said President Bach. “We should all strive to continue their legacy of unity, peace, and strength as we face new, unforeseen global challenges.”

One hundred years ago on 14 August 1920, the Olympic Games Opening Ceremony took place in the Belgian city of Antwerp. Beyond their lasting contributions to sport, gender equality, unity and peace after the devastation of World War I, the 1920 Games produced great athletic achievements and many Olympic firsts.

To mark the centenary of the Olympic Games Antwerp 1920, the Olympic Foundation for Culture and Heritage is organising a free exhibition at The Olympic Museum.