Fifth Third Appoints Linda W. Clement-Holmes to Board of Directors 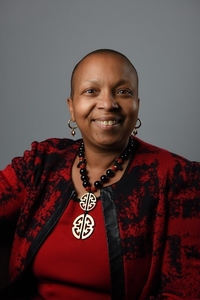 "We are delighted to welcome Linda Clement-Holmes to our Board," said Greg D. Carmichael, chairman, president and chief executive officer of Fifth Third Bancorp. "As the former chief information officer for The Procter & Gamble Company, one of the world's leading and most innovative consumer products companies, Linda is uniquely positioned to help us advance in the rapidly evolving technological landscape and embrace the opportunities for consumer-oriented financial services. We also welcome her leadership in diversity and inclusion, which will enhance Board oversight of this important area."

Clement-Holmes retired from Procter & Gamble in 2018 after a 35-year career that culminated in the role of chief information officer. She is widely recognized as a leader in information technology, information security and digital and IT strategy, and has been listed in Computerworld's Premier 100 IT Leaders, Uptown Professional's Top 100 Executives, and Black Enterprise magazine's Top Executives. She is a fellow at the IT Senior Management Forum and a recipient of numerous awards, including the Howard University Global Visionary Leadership Award.

Fifth Third Bancorp is a diversified financial services company headquartered in Cincinnati, Ohio, and the indirect parent company of Fifth Third Bank, National Association, a federally chartered institution. As of March 31, 2020, Fifth Third had $185 billion in assets and operated 1,123 full-service banking centers and 2,464 ATMs with Fifth Third branding in Ohio, Kentucky, Indiana, Michigan, Illinois, Florida, Tennessee, West Virginia, Georgia and North Carolina. In total, Fifth Third provides its customers with access to approximately 53,000 fee-free ATMs across the United States. Fifth Third operates four main businesses: Commercial Banking, Branch Banking, Consumer Lending and Wealth & Asset Management. Fifth Third is among the largest money managers in the Midwest and, as of March 31, 2020, had $374 billion in assets under care, of which it managed $42 billion for individuals, corporations and not-for-profit organizations through its Trust and Registered Investment Advisory businesses. Investor information and press releases can be viewed at www.53.com. Fifth Third's common stock is traded on the Nasdaq® Global Select Market under the symbol "FITB." Fifth Third Bank was established in 1858. Deposit and Credit products are offered by Fifth Third Bank, National Association. Member FDIC.