The Danish government wants businesses to reduce carbon emissions at unprecedented scale and help meet national climate goals. The energy and utilities sector stands out with a road map for becoming nearly carbon neutral by 2030. 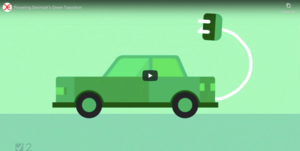 Above: Click to watch video: The Danish energy and utility sector’s roadmap to get to near carbon neutral by 2030 Below: Technicians working on an offshore wind farm 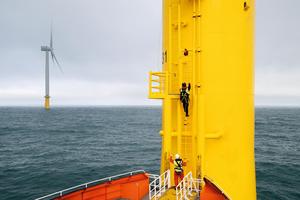 Jun. 03 /CSRwire/ - Denmark, along with most countries in Europe, wants to be climate neutral by 2050 to help limit global warming below 1.5°C. As a stepping stone the Danish government set a stretch target to reduce carbon emissions by 70% below 1990 levels, by 2030. Denmark will have to cut 26 million tons of carbon emissions in the next decade, or about as many tons as it has cut the past 30 years.

The Danish government sees a big role for the private sector in reducing emissions. It has formed 13 climate partnerships with businesses to develop sectoral roadmaps for reducing emissions in specific industrial sectors, as well as contributing to reductions in other sectors and internationally. The energy and utilities sector stands out with a roadmap to be virtually fossil free by 2030, and that could inspire other countries to decarbonise their energy and utilities sectors.

“It has never been clearer that a green future based on 100% renewable energy is within reach. A radical green transformation is achievable – without having to compromise our fundamental prosperity and society as we know it,” says Henrik Poulsen, CEO of renewable energy company Ørsted and Chairman of the Climate Partnership for the Energy and Utilities sector. “Over the next decade, this transformation will make green energy the catalyst of Denmark’s future growth and prosperity, strengthening the competitiveness of Danish businesses,” he adds, in Powering Denmark’s Green Transition, the sector’s roadmap report.

Nearly carbon neutral energy sector
The Danish energy and utilities sector is a pioneer in wind energy, bioenergy and energy efficiency, and has cut emissions by 58% since 1990. Through innovation and large-scale deployment of renewable energy infrastructure it has driven down the cost of green energy and displaces fossil fuels in the grid.

Today the sector contributes about 13 million tons - around half - of Denmark’s carbon emissions. The sector’s roadmap proposes reducing these emissions to 1 million tonnes by 2030. It aims to do so mainly by phasing out coal in power plants, natural gas for district heating, and oil for individual heating systems.

It also proposes to cut use of natural gas for mining fossil energy in the North Sea, establish carbon capture at large-point sites, and limit use of plastic for waste-to-energy systems. These measures would make the sector nearly carbon neutral and bring Denmark about halfway to the 70% decarbonisation target by 2030.

Replacing fossil fuels with green energy
Denmark would need to ramp up renewable energy production, mainly from offshore and onshore wind, solar and biogas, to replace fossil fuels in the energy and utilities sector, as well as in other carbon-intensive sectors such as transport and heavy-manufacturing sectors.

Offshore wind is poised to play an especially important role in meeting this escalating demand for renewable energy. At least 5GW additional capacity will be needed by 2030, up from 2.6GW today. To that end the Danish government recently announced development of two ‘energy islands’ with offshore wind in the North and Baltic seas to help meet the 2030 decarbonisation target. With a build-out potential of at least 40GW offshore wind, Denmark could also export offshore wind energy to neighboring countries and help speed up decarbonisation in Europe.

Proven technologies deployed at scale, such as solar PV and wind energy, energy efficiency and electric vehicles, will help reduce most of Denmark’s emissions towards 2030. But immature technologies such as renewable hydrogen and sustainable fuels will also need to be scaled up to achieve the 70% reductions target. To help do that, a consortium of Danish companies including Ørsted are partnering to develop an industrial-scale production facility to produce sustainable fuels for road, maritime and air transport in Copenhagen, the Danish capital.