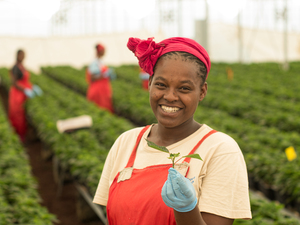 WASHINGTON, Jan. 22 /CSRwire/ - Fairtrade International, the original and global leader in fair trade certification, was recognized as the gold standard for fairtrade certification by a recent analysis of fair trade labels conducted by Fair World Project, an independent advocacy group promoting fair trade for small-scale producers and labor justice for workers around the world.

The new report, entitled International Guide to Fair Trade Labels, scored eight fair trade and ethical labels on their effectiveness in order to help consumers and companies navigate the increasingly cluttered world of sustainability and ethical certifications. Fairtrade earned top marks in 31 out of 45 categories – more than any other global label.

Fairtrade International, including its U.S. chapter, Fairtrade America, received high scores in many categories, including the organization’s key areas of impact – protecting the environment via energy, waste and water management; strengthening workers’ rights and prevention of forced labor; advocating for gender equality and rights for disadvantaged, minority and indigenous groups; and fighting poverty through its unique premium payment structure that enables democratic decision making in Small Producer Organizations and Hired Labor Organizations.

“Fairtrade International is the oldest and globally best known fair trade label,” the report states. “Despite the development of new labels, it remains the primary actor in the sector acting as the main point of reference (many fair trade labels use or reference Fairtrade minimum prices)…[The Fairtrade marker is] an ever-evolving label that reinvents itself to address contemporary challenges.”

Fairtrade was also praised for new, stronger standards on the prevention of deforestation and adaptation to climate change. The report specifically singled out Fairtrade’s textile standard for empowering workers through leadership opportunities, representation, collective bargaining and living wages. Furthermore, the report points out that Fairtrade is 50 percent owned and run by the producers themselves, and notes the organization’s commitment to wide consultation with stakeholders.

“We are honored that Fairtrade International continues to be recognized as a global leader in sustainability and ethical standards,” said Dario Soto Abril, CEO of Fairtrade International. “But we’re never complacent. We know there is still much more to do before we achieve trade justice, including decent incomes for workers and producers, which we are actively working to achieve.”

Fairtrade America betters the lives of farmers and workers in developing countries by inspiring businesses to implement ethical production practices and assisting shoppers in making informed purchasing decisions. Fairtrade America is the US chapter of Fairtrade International, the original and global leader in fair trade certification with over 30 years of experience working to make trade fair, with headquarters in more than 30 countries across the globe. A non-profit 501(c)3 organization, Fairtrade America is the world's largest and most recognized fair trade system—part of a global movement for change. Learn more at www.fairtradeamerica.org.

Fairtrade America betters the lives of farmers and workers in developing countries by inspiring businesses to implement ethical production practices and assisting shoppers in making informed purchasing decisions. Fairtrade America is the US chapter of Fairtrade International, the original and...