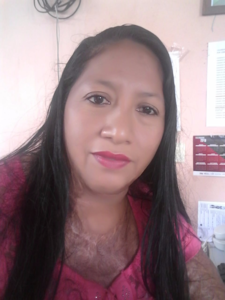 NEW YORK, Oct. 25 /CSRwire/ - In a stunning confession, a Boston-area financial manager and mother of four who raised funds for Amazon Indigenous peoples has admitted under oath that Chevron lawyers successfully intimidated her to sign an affidavit with false statements designed by the oil giant to undermine its $9.5 billion Ecuador pollution liability.

Chevron’s pressure tactics were directed against Katie Sullivan, a business owner who had spent months successfully assisting Ecuadorian Indigenous and farmer villagers raise funds to challenge the oil giant. They also come at a time when the company is under enormous pressure in Canada as the Ecuadorian villagers try to seize critical company assets, an effort backed by the nation’s largest Indigenous federation (Assembly of First Nations) which represents 653 tribes. In addition, 36 institutional Chevron shareholders in the U.S. recently challenged CEO Michael Wirth over his mishandling of the Ecuador litigation.

Sullivan, whose owns a company called Streamline Family Office that manages assets for wealthy families, testified in a sworn deposition on September 28 that she lived in “fear” from Chevron before signing an affidavit written entirely by company lawyers at the Gibson Dunn firm who have been directed by Wirth to retaliate against the Ecuadorians and their legal advisors, primarily Harvard Law graduate and New York human rights advocate Steven R. Donziger. Chevron has used false testimony, witness bribery, and fraudulent evidence to try to taint Donziger and other lawyers for the Ecuadorians, according to evidence summarized in a criminal referral letter against the company submitted to the U.S. Department of Justice.

Donziger said Chevron subpoenaed Sullivan last March for documents as part of its long-running campaign to seek “dirt” on him and supporters for the Indigenous peoples. Chevron then forced Sullivan to sit for two sworn depositions. It was during the second of these that she admitted under questioning from Donziger that Chevron lawyers pressured her to sign off on several false statements, all an apparent violation of ethics rules governing attorney conduct.

In her sworn testimony on Sept. 28, Sullivan made the following admissions under oath:

**That Chevron lawyers Robert Blume and Anne Champion were part of a team from the Gibson Dunn law firm that wrote the entirety of her 23-page affidavit.

**That Chevron lawyers failed to incorporate several of her requested changes to the affidavit before she signed it under pressure just minutes before the start of her second deposition while “praying” the company’s litigation against her would end.

**That her affidavit contained multiple misleading or false statements written by Chevron lawyers intended to taint Donziger for which she possessed no knowledge, and which were demonstrably false.

**That her claim written by Chevron lawyers that Donziger could not “substantiate” his expenses for working on the case had no basis. Sullivan admitted that she never reviewed Donziger’s receipts or expense records.

**That she signed the affidavit out of “fear” after racking up approximately $180,000 in legal fees fighting Chevron in the last five months and after the Gibson Dunn lawyers called her a “co-conspirator” in a public legal filing.

“Chevron employed every unethical trick in the book to intimidate Katie Sullivan to harm the effort of the Indigenous peoples of Ecuador to try to collect on their valid environmental judgment in Canada, an effort that has been backed unanimously by Canada’s Supreme Court,” said Donziger, who for years has stood up to the company’s effort to drive him off the case. “In my opinion, the Sullivan affidavit is just a small part of what has developed into one of the largest corporate corruption scandals in U.S. history, with Chevron officials and company lawyers at the center of it. Katie is a competent professional who clearly tried to hold on, but obviously got overwhelmed by Chevron’s pressure.”

Sullivan conceded that some of her false statements were bizarre – such as one that claims Donziger “created and controlled” the FDA (acronym for the Amazon Defense Coalition), the internationally-acclaimed organization in Ecuador founded in the early 1990s by Indigenous peoples and farmer communities that is the beneficiary of the judgment against Chevron. Sullivan admitted in her deposition that she had no knowledge of who created and controlled the FDA.

Sullivan also admitted that she had no basis to claim in the affidavit that Donziger “controlled” an independent consultant who for years has provided information about the litigation to Chevron shareholders. The consultant, Simon Billinness, recently helped organize a letter signed by the Chevron shareholders that criticized CEO Wirth over his mishandling of the Ecuador pollution liability.

Asked during the deposition if she thought by signing the affidavit written by the Chevron lawyers the Chevron litigation against her would end, Sullivan admitted she was “nervous” and said, “It is my biggest dream, although I expect that somehow I’ll have to be involved in ways that I don’t know yet. But I pray that it is over.” She later said she had “fear” that Chevron’s litigation would be publicized.

“Katie Sullivan unfortunately allowed herself to be used by Chevron in a game of witness intimidation designed to undermine our right to collect a judgment to clean up life-threatening oil waste, which is killing off our communities and has caused a humanitarian catastrophe,” said Carmen Cartuche, the FDA leader. “Katie was effective, so Chevron targeted her. It’s sad, but we have seen this Chevron propaganda show before. Some people succumb to the company's threats.”

Many of Sullivan’s claims in the affidavit written by Chevron lawyers related to Donziger’s supposed “control” of his clients are rooted in a racist conception by the company of how the rainforest villagers function, said Cartuche. Chevron officials have openly bragged that their defense strategy in the case largely centers on “demonizing” Donziger, who has advised the Ecuadorians since the inception of their legal battle in 1993.

“Steven Donziger is a highly intelligent advisor and we respect him deeply for the tremendous help and support, but contrary to Katie’s affidavit, he does not control our organization nor does he control the litigation handled by our legal team in Canada,” said Cartuche. “Chevron’s conception that only Americans can run our affairs, which Katie went along with under pressure, is patently racist.”

(See this summary of the evidence against Chevron as found by four layers of courts in Ecuador. Here is background on the final Constitutional Court decision in Ecuador rejecting Chevron’s claims. Read here for information about Chevron’s intimidation campaign in an article by Greenpeace co-founder Rex Weyler. Here is a story about Chevron’s fraud during its retaliatory “racketeering” case in the U.S.)

Sullivan’s business, Streamline Family Office, is based in Dover and has helped manage over $2 billion in assets, according to the company’s website. The Ecuadorians hired Sullivan to help them manage the financing of their legal and accountability campaign, and to handle administration issues. Sullivan’s company was to be paid out of funds raised or on a recovery on the judgment, although she worked largely on a pro bono basis, said Donziger.

Sullivan broke down during her deposition when Donziger asked about subpoenas Chevron had begun to serve on her own network of clients and friends whom she had enlisted to help the Ecuadorians. One of Sullivan’s clients targeted was Jonathan Bush, the billionaire health care entrepreneur and nephew of the former President. In Chevron's eyes, Bush had committed the “sin” of arranging for Sullivan and Donziger to meet with representatives of Elliott Capitol Management, a large New York-based hedge fund with $30 billion in assets, said Patricio Salazar, the Ecuadorian lawyer for the FDA.

Although Elliott Capital declined to support the case, the mere fact of the meeting petrified Chevron given that the fund had previously financed winning international lawsuits, including one that resulted in a collection of $6 billion, said Salazar. “Chevron is terrified that the very people it poisoned will be able to obtain significant financing to continue their legitimate legal effort to hold the company accountable for refusing to comply with the law in Ecuador,” he said.

Chevron’s treatment of Sullivan also is part of the company's broader SLAPP-style “pattern of intimidation and bribery” designed to silence advocates of the villagers in violation of the First Amendment, added Salazar. Chevron recently initiated litigation against Karen Hinton, the longtime spokesperson for the Ecuadorians and the former press secretary to New York City Mayor Bill DeBlasio, and asked for copies of draft press releases. “I look forward to testifying about Chevron’s corrupt poisoning of the Ecuador rainforest,” Hinton said in a tweet issued recently.

Chevron has hired at least 60 law firms and 2,000 lawyers to attack the villagers and their lawyers, with the Gibson Dunn firm suing Donziger in 2011 for a U.S.-record $60 billion prior to dropping all damages claims. Chevron also was caught bribing its star witness, the Ecuadorian Alberto Guerra, with $2 million in exchange for false testimony. Guerra later admitted he lied under oath in a U.S. court after being coached for 53 consecutive days by the same team of Gibson Dunn lawyers that targeted Sullivan. (See here.)

Donziger, who has been deposed by the Gibson Dunn lawyers for a U.S.-record 20 days over the last six years under orders from controversial pro-business U.S. federal judge Lewis A. Kaplan, said Sullivan’s capitulation was not surprising. Kaplan maintains investments in Chevron – he has refused to disclose the full amount -- and has tried to help the company bully the company’s adversaries, according to an investigation by Greenpeace co-founder Rex Weyler. (See here for article.)

“I actually have sympathy for Katie and I salute her for the enormous help she provided to our team during the time we worked together,” said Donziger. “The Ecuadorians proved that Chevron deliberately committed environmental crimes, decimating Indigenous groups and accelerating global warming. Chevron’s liability has been confirmed by 17 separate appellate judges in Ecuador where Chevron insisted the trial be held. Chevron’s targeting of Katie, myself and others is a desperate act and is only likely to increase the jeopardy faced by company executives and the Gibson Dunn lawyers.”

Chevron’s strategy to try to dry up financial support for the Ecuadorians has caused the company to spend an estimated $2 billion in legal and consulting fees, said Donziger. He added that the strategy has largely failed given that the Ecuadorian plaintiffs still maintain enormous support around the world from numerous lawyers, financiers, environmental advocacy groups such as Amazon Watch and Global Witness. “Chevron’s hyper-aggressive strategy drives far more people to support the Ecuadorians than it drives away from them,” he said.

In Canada, the Ecuadorians are represented by six separate lawyers who are working on a largely pro bono basis, including Alan Lenczner, considered one of the country’s top litigators.  Donziger has filed his own complaint against Judge Kaplan, Chevron, and the Gibson Dunn law firm to the Department of Justice and the Inter-American Commission On Human Rights. (See here for human rights complaint; here for DOJ complaint.)

Four layers of appellate courts in Ecuador found that Chevron (operating as Texaco) deliberately dumped 15 billion gallons of benzene-laced wastewater into streams and rivers relied on by local communities for their drinking water. An area the size of Rhode Island has been poisoned and cancer rates have skyrocketed. The Supreme Courts of Ecuador and Canada have issued rulings backing the findings of the trial court, but Chevron has threatened the Amazon communities with a “lifetime of litigation” if they persist in pursuing the case.