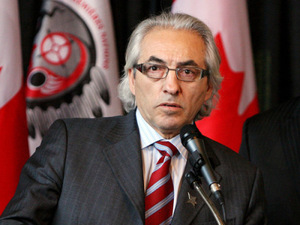 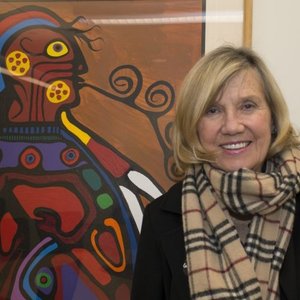 CALGARY, Canada, Sep. 14 /CSRwire/ - A major international conference focused on indigenous legal principles, the environment, and the landmark $12 billion pollution judgment won by rainforest communities in Ecuador against Chevron is scheduled to take placeNovember 10-12 in Banff, Canada. The conference is being organized by a group of professors at the University of Calgary Faculty of Law. Indigenous leaders from North and South America, environmentalists, resource company representatives, government officials and lawyers are planning to attend. A significant part of the conference will engage with indigenous youth and grass roots peoples.

Registration for the conference is open via this website, which contains a list of speakers and a current overview of the program.

Organizers say one of the main goals of the conference is to establish a global coalition that would further the ideas and solutions coming out of the conference discussions. “We live in a critically important moment in history when extractive activities on traditional indigenous lands raise a number of cutting edge legal and policy issues that the conference will explore,” said Kathleen Mahoney, Professor of Law at the University of Calgary, and an organizer of the event.  The coalition project would be “intimately connected” to the Paris Accords to reverse global warming trends and also will closely consider the consultative process with Indigenous groups as informed by a recent court decision in Canada suspending construction of the Trans Mountain pipeline, she said.

The conference is being co-hosted by Phil Fontaine, the thrice-elected National Chief of Canada, and the recipient of 19 honorary doctoral degrees; Luis Macas, the Saraguro leader considered the father of the modern Indigenous movement in Ecuador; and Mahoney, who was a lead negotiator in the historic class action settlement of Canada’s Indian residential schools case and a Fellow of the Royal Society of Canada. Sponsors include the Social Sciences and Humanities Research Council; Amazon Defense Coalition; the Center for International Governance Innovation; Ian, Victoria, and Lucinda Watson; and IndigenEYEZ, an organization focused on empowering Aboriginal youth.

The Ecuador case, Aguinda v Chevron, involving unpaid judgments for the world’s worst oil-related environmental disaster, will be one of the important issues discussed by both experts and indigenous representatives who will attend from Canada, the United States, Ecuador, and several other countries. Indigenous peoples and farmer communities in Ecuador won the judgment against Chevron after four layers of courts found the company discharged billions of gallons of oil waste into the rainforest, decimating Indigenous groups and causing a major public health catastrophe.

Top officials from Canada’s Assembly of First Nations, a national group which represents all 634 First Nations in Canada and is considered one of the most influential rights groups in the world, will also attend and speak at the event. The AFN last year signed a joint protocol with Ecuadorian Indigenous groups to hold Chevron accountable for failing to address its pollution issues.

In addition to the above hosts, those slated to speak at the conference include Canadian environmentalist, author, and scientist David Suzuki; Aritha van Herk, an award-winning Canadian novelist from Alberta who has won acclaim throughout North America and Europe; Cora Voyageur, a Dene leader from the Athabasca Chipewyan First Nation, and advocate of interests of First Nations; Grand Chief Ed John, a noted lawyer and a former expert to the United Nations Permanent Forum On Indigenous Issues; and Glen Murray formerly of the Pembina Institute, Canada’s leading energy think tank.

Also speaking will be Charles Nesson, the William F. Weld Professor at Harvard Law School; Sharon Mascher, a professor at the University of Calgary Faculty of Law and expert on climate change litigation; Steven Donziger, American social justice advocate who has represented survivors in Ecuador for 25 years; Grand Chief Wilton Littlechild, an international lawyer and architect of the United Nations Declaration On the Rights of Indigenous Peoples; and Rex Weyler, the co-founder of Greenpeace and author.

Fontaine said he had high hopes for the conference, calling it “a potential paradigm-shifting” event by advancing the use of Indigenous legal traditions in national court systems.

“This is also about examining better ways to hold polluters accountable for wrongdoing in a timely fashion,” he said. “The Ecuador pollution case is an important context in which to better understand the issues involved which are critical for all Indigenous peoples in Canada and around the world.  We stand with our brothers and sisters in Ecuador as they seek fair and just reparations for the tremendous harms that has been done to them and their lands. We are going to use the conference to try to make that happen.”

Panels will include one with survivors from Ecuador’s Amazon rainforest devastation; an analysis of reparations based on indigenous legal principles; how corporate obstructionism to human rights and environmental cases creates impunity; how private arbitrations under international trade treaties impact human rights protections; an analysis of successful reparations for mass harms in Canada; and conceptualizing harms from the perspectives of those harmed rather than those who harm.

Also planning to attend are 15 Ecuadorian indigenous persons and farmers who are part of the class that won the judgment against Chevron. Among them is Luis Yanza, an Ecuadorian author and community leader who in 2008 won the Goldman Environmental Prize.

A limited number of scholarships are available to attend the conference. To apply, please contact Penny Jacko at pjacko@ishkonigan.com.

For follow-up for media and academics, please contact Kathleen Mahoney at kmahoney@ucalgary.ca or Phil Fontaine at lfontaine@ishkonigan.com.