HACR Announces the 2017 Class of the Young Hispanic Corporate Achievers™

34 Hispanic corporate leaders participated in the leadership development program; recognized for their leadership in the community and respective corporations 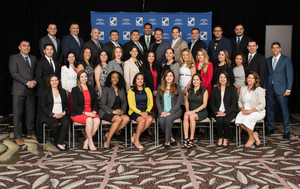 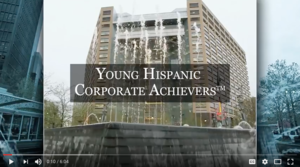 WASHINGTON, D.C., May 03 /CSRwire/ - Yesterday, the Hispanic Association on Corporate Responsibility (HACR), recognized 34 corporate leaders at the 2017 HACR Young Hispanic Corporate Achievers™ (YHCA) Awards & Reception, after participating in a four-day leadership development program. Hosted once again by Altria Group, the program was held on April 29 - May 2, at the Westin Book Cadillac in Detroit.

Now in its 11th year, the HACR YHCA program was created to recognize young executives in Corporate America who have shown leadership qualities at their respective companies along with a proven commitment to the Hispanic community, and are leading the way in establishing a new standard of excellence in Corporate America.

To qualify for the HACR YHCA program, candidates must be of Hispanic origin, between the ages of 25-40 at the time the award is received, and must also be employed at Fortune 500 and/or HACR Corporate Member company.

Click here to watch a video recap of this year’s program.