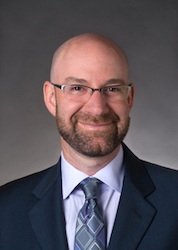 KANSAS CITY, Mo., Feb. 13 /CSRwire/ - American Century Investments and Greenwich Associates conducted a study on the views of institutional investors and financial intermediaries about the growing interest in impact investing.

Between late 2015 and early 2016, Greenwich Associates surveyed a total of 277 institutional investors, investment consultants, intermediary platform decision-makers and financial advisors to test their knowledge of and receptivity to various approaches to impact investing.