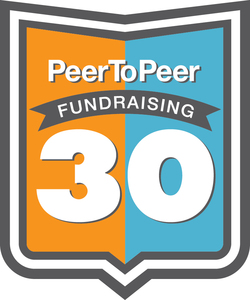 ORLANDO, Fla., Feb. 24 /CSRwire/ - Most programs at the top of the list of the nation’s 30 largest peer-to-peer fundraising campaigns are raising substantially less money for their organizations than they were a decade ago.

But those losses are being more than eclipsed by a growing cadre of smaller, but substantial fast-growing peer-to-peer efforts, a new study shows.

Those four programs —American Cancer Society’s Relay for Life, Leukemia & Lymphoma Society’s Team in Training, March of Dimes’ March for Babies, and Susan G. Komen for the Cure’s Komen 3-Day — collectively raised $455.8 million in 2015, $254.5 million less than they had raised in 2006.

As those campaigns have struggled, a new wave of rapidly expanding programs has emerged.

Nine of the programs on the 2015 P2P Thirty list have seen their revenues more than double during the past decade. Two others — Memorial Sloan-Kettering Cancer Center’s Cycle for Survival and the bicycling event Pelotonia — are so new they didn’t even exist when the P2P Thirty was created 10 years ago.

“This first-ever review of campaigns over a 10-year period shows just how much the peer-to-peer landscape has changed over the past decade,” said David Hessekiel, president of the Peer-to-Peer Professional Forum, which authors the annual survey. “While a handful of brand-name programs have struggled to keep pace with their prior results, many highly successful campaigns have emerged. As a result, more charities than ever are seeing significant revenues from peer-to-peer fundraising.”

Peer-to-peer fundraising is the practice of having a nonprofit’s supporters reach out to their friends, family members, and colleagues for donations often through participation in walks and rides.

But, when the totals for the four programs near the top of the 2006 list are excluded, the figures tell a much different story.

Among that group are a number of campaigns that have boasted substantial increases in the past decade. That diverse group includes:

*  The American Foundation for Suicide Prevention’s Out of the Darkness Community Walks, which grew more than tenfold — from $1.3 million in 2006 to $14.8 million in 2015.

*  ALSAC/St. Jude Children’s Research Hospital’s St. Jude Heroes, which has increased its fundraising total by 976.9 percent during the past decade, to $14 million.

*  The Alzheimer’s Association’s fast-growing Walk to End Alzheimer’s, which has vaulted to no. 7 on the list of top programs, raising nearly $77.5 million in 2015. That figure represents a whopping 154 percent jump from $30.5 million in 2006.

*  The Pan-Mass Challenge, the nation’s largest single-event peer-to-peer campaign, which has grown 76 percent to $49.3 million in 2015.

Meanwhile, two cycling campaigns that were created after 2006 have already assumed positions among the 20-largest peer-to-peer programs. Memorial Sloan-Kettering’s Cycle for Survival, which first brought together indoor cycling enthusiasts in 2007, ranked no. 18 in 2015. Columbus, Ohio-based Pelotonia, which hosted its first event in 2009, ranks no. 20 after raising nearly $23.7 million.

Notable among these fast-growing programs are the diverse formats that they employ — running the gamut of traditional walk campaigns; single-day and multi-city cycling events; endurance campaigns; and do-it-yourself, or independent, programs.

“We’ve seen a true democratization of peer-to-peer, where your success isn’t driven by the type of event you run, but rather your ability to produce excellent experiences for volunteer fundraisers,” Hessekiel said. “You no longer have to be among the largest or most established organizations to raise money through peer-to-peer.”

Some long-running programs are continuing to show their mettle, most notably American Heart Association’s Heart Walk, which ranked No. 2 on the 2015 list with $117.1 million, up 5.65 percent from 2014. The Heart Walk founded in 1980, is one of the longest running peer-to-peer campaigns in the nation and has seen its fundraising totals increase by 30 percent over the past decade.

American Heart Association also has a healthy, long-running campaign that engages youth in peer-to-peer fundraising by shooting hoops or jumping rope. The youth campaign raised nearly $79 million in 2015, a 29.4 percent increase from 2006.

“While it’s easy to look at the older and larger programs and see a decline, several of these programs have shown very strong growth,” said Jeff Shuck, CEO of Plenty, a consulting company and sponsor of the Peer-to-Peer Thirty. “The teams working on those programs will tell you that there’s not one magic solution, rather a re-engineering of every aspect of the program and how it’s managed.”

The top 10 American programs by total gross revenue in 2015 were:

The Peer-to-Peer Fundraising Thirty is based on survey responses from professionals who manage major peer-to-peer fundraising programs and publicly available data. The full report — and a narrative analysis of the findings — are available on the Peer-to-Peer Professional Forum’s website.

Results of the study were unveiled at the Peer-to-Peer Professional Forum’s annual conference in Orlando.