In Search of the New Pioneers of Values-Driven Business 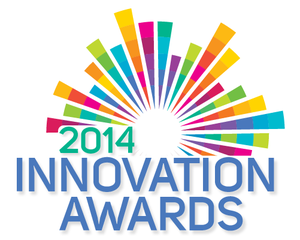 SAN FRANCISCO, Feb. 19 /CSRwire/ - On February 7th, Social Venture Network (SVN) launched its 7th annual Innovation Awards competition. The SVN Innovation Awards highlight entrepreneurs who are using the power of business to solve social and environmental problems. The awards will connect these up-and-coming entrepreneurs with the resources and support they need to expand their impact.

What do winners gain from the awards? The official prize includes two years of SVN membership, waived conference registration and travel expenses, media promotion, along with training and mentorship from experienced, values-driven leaders.

The benefits of the Innovation Awards extend far beyond SVN conferences: past winners have connected with advisors, funders and senior leadership through the network. Many previous Innovation Award winners have reported exponential growth since being recognized by SVN and have gone on to become leaders in their fields. Some notable winners include TerraCycle, Back to the Roots, Sungevity, RecycleForce, Green For All and Revolution Foods.

We have been amazed by the outpouring of support we received at the conference and in the weeks following – enthusiastic words of encouragement, sincere offers of guidance, and the opening of every type of door imaginable to solve the real challenges we face growing a social enterprise from the ground up. Without this program, we would never have had the opportunity to participate in the SVN community at such an early stage in our venture.”

SVN’s members are uniquely qualified to recognize entrepreneurs with the talent and drive to succeed as leaders of a values-driven business. When SVN was first founded in 1987, its members were often dismissed as eccentrics for believing that business could create a better world. Today, they’re celebrated as pioneers in the field of socially responsible business – leaders of companies like Ben & Jerry’s, Stonyfield, EILEEN FISHER, Birkenstock, Greyston Bakery and Seventh Generation.

SVN is accepting applications for the awards from now through May 9th, 2014 at http://www.svn.org/awards. In May and June, a panel of expert judges will select the finalists and interview them to assess their organizations’ impact in solving social and environmental problems. This year’s judging panel includes Jean Oelwang of Virgin Unite, Bonny Moellenbrock of Investors’ Circle and Leigh Buchanan of Inc. Magazine.

The Innovation Award Winners will be announced in late July, and will be officially introduced to the SVN community at SVN’s Fall Conference in Greenwich, CT, from October 23 – 26, where winners will have a chance to share their stories with an audience of over 400 social entrepreneurs.

To be eligible for the 2014 Innovation Awards, applicants must currently hold positions as C-level executives (CEOs, presidents, executive directors, founders, etc.) of businesses or nonprofit organizations implementing an idea that is having a positive social, environmental or economic justice impact on the business sector. Eligible applicants will be leading an organization that has been operating for more than one year and less than ten years, and has generated at least $250,000 in revenue during the past year.

Since 1987, Social Venture Network (SVN, www.svn.org) has been the leading network of entrepreneurs who are transforming the way the world does business. SVN connects the leaders of socially responsible enterprises to share wisdom and resources, form strategic alliances and explore new solutions that build a more just and sustainable economy.

Since 1987, Social Venture Network (www.svn.org) has been at the forefront of the socially responsible business movement, connecting, leveraging, and promoting a world-class community of more than 500 innovative entrepreneurs working to change th...