Martinez To Lead The UPS Foundation 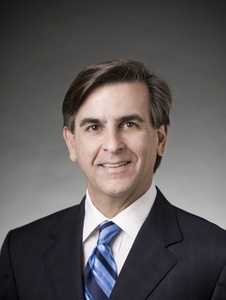 ATLANTA, Feb. 07 /CSRwire/ - Eduardo Martinez, a 35-year UPS veteran and currently the program director for The UPS Foundation, has been named president of UPS’s philanthropic arm.

Martinez, 52, will succeed Ken Sternad, who is retiring after a 35-year career with UPS that saw him direct the company’s global Public Relations function as well as The UPS Foundation.

“For the past three years, Ed Martinez has played a critical role in working with Ken Sternad to hone The UPS Foundation’s priorities and critical initiatives,” said Allen Hill, UPS’s senior vice president for human resources and chairman of The UPS Foundation.  “His elevation to the post of president means our Foundation can proceed with its critical support of such things as urgent humanitarian relief and environmental sustainability without missing a beat.”

Martinez, a native of Havana, Cuba, who emigrated with his family to the United States in 1960, joined UPS in 1976 as a package handler in UPS’s South Florida operation.  He advanced into management two years later and then moved through a series of operational jobs while earning a bachelor’s degree in accounting from the University of Miami.

In 1989, after assignments in industrial engineering and as national risk manager with UPS’s truck leasing unit, Martinez was promoted to the Corporate Risk Management Department, then moved through assignments in Corporate Finance & Accounting and earned a law degree.  He served as a corporate counsel in the UPS Legal Department before accepting his current position in 2007.

In addition to his corporate responsibilities, Martinez represents UPS and chairs the World Economic Forum’s Logistics Emergency Team.  He also serves as vice chair of the Forum’s Global Agenda Council on Disaster Management.  He is a member of the Corporate Advisory Board for The National Council of La Raza as well as the Points of Light Institutes’ Corporate Service Council.  He serves as the chair of the Corporate Development Council for the World Association of Girl Guides and Girl Scouts and sits on the International Association for Volunteer Effort (IAVE) Global Corporate Volunteer Council.

Sternad, a native of Norwalk, Conn., earned a bachelor's degree in journalism and political science from Ohio Wesleyan University.  He joined UPS as a communications supervisor in 1977 and was promoted into public relations in 1982.  After a two-year assignment in UPS package operations in Baltimore, he was named head of the Corporate Public Relations Department in 1990.

In 1997, he was promoted to vice president of global public relations, assuming responsibility for worldwide media relations, reputation management and executive communications.  In that role, Sternad oversaw many pivotal events in UPS’s evolution, including the company’s strategic expansion into logistics, its Initial Public Offering in 1999 and the company’s complete rebranding in 2003.  He then was named president of The UPS Foundation in 2009.

The UPS Foundation, which just celebrated its 60th anniversary, is responsible for facilitating UPS involvement in local, national and global communities.  In 2011, UPS and its employees invested more than $93 million in charitable giving and 1.6 million hours of volunteer service around the world.

Over the past three years The UPS Foundation has refocused its philanthropy to areas that more closely align with UPS's strengths, skills and interests.  These include urgent humanitarian relief, road safety, environmental sustainability, diversity and volunteer capacity building for the non-profit sector.  The UPS Foundation can be found on the web at UPS.com/foundation.

UPS (NYSE: UPS) is a global leader in logistics, offering a broad range of solutions including the transportation of packages and freight; the facilitation of international trade, and the deployment of advanced technology to more efficiently manage the world of business. Headquartered in Atlanta, UPS serves more than 220 countries and territories worldwide. The company can be found on the Web at UPS.com and its corporate blog can be found at blog.ups.com. To get UPS news direct, visit pressroom.ups.com/RSS.