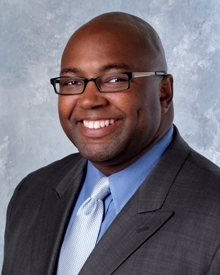 Owens will have a primary responsibility to build relationships with stakeholders in business, government, academia and the non-profit sectors in order to further Sodexo's commitment to corporate citizenship as one of the company’s strategic pillars.

"Sodexo's deeply embedded service spirit is seen and felt every day by the ten million customers we serve in North America," said Arlin Wasserman, vice president, corporate citizenship. "This commitment to service extends to the social needs of the communities in which we do business. Anthony will help guide our knowledge of these communities through various organizations, and create and implement programs to better serve them."

Owens has more than two decades of experience in marketing and community affairs, including helping to create Nike's "Nine Million" partnership with the United Nations High Commissioner for Refugees. He also worked on the award-winning "Truth" national youth anti-smoking campaign and participated in the World Economic Forum in Davos, Switzerland, focusing on global sustainability issues.

Before joining Sodexo, Owens worked at APCO Worldwide and at United Way of the National Capital Area. He most recently served as director of media relations and issues management at Sodexo. He holds a bachelor of arts in business and a master's in integrated marketing, both from DePaul University in Chicago.

Sodexo, Inc. (www.sodexoUSA.com) is a leading integrated food and facilities management services company in the U.S., Canada and Mexico, with $7.3 billion (USD) in annual revenue and 120,000 employees. Sodexo, Inc. serves more than ten million customers daily in corporations, health care, long term care and retirement centers, schools, college campuses, government and remote sites. Sodexo, Inc., headquartered in Gaithersburg, Md., is a member of Sodexo Group, and funds the Sodexo Foundation (www.helpstophunger.org), an independent charitable organization that, since its founding in 1999, has made more than $9.2 million in grants to fight hunger in America.