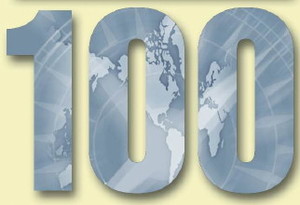 Mutual Funds Targeted by Investors Against Genocide Stay Off List

Feb. 26 /CSRwire/ - SPRINGFIELD, MA - February 26, 2008 - "The more things change, the more they stay the same." So goes the old saying, aptly describing the annual 100 Best Corporate Citizens List, which shifted its nameplate last year from advocacy-leaning (Business Ethics) to industry-leaning (CRO--short for Corporate Responsibility Officer) after Marjorie Kelly sold the magazine to Michael Connor who handed it off to current publisher Jay Whitehead. This year, the number-cruncher also changed hands from KLD Research & Analytics, which analyzed companies in its Domini 400 Social Index (DSI) as well as the S&P 500 and Russell 1000, to IW Financial, which dropped the DSI from the consideration universe and hence transforming the list's focus to larger companies.

Unchanged is the controversy surrounding the list, which inevitably accompanies any attempt to rank corporate social responsibility. Questions have already arisen about the inclusion of Monsanto (over child labor in India), Coca-Cola (over ground-water depletion), and Dow (over its Union Carbide legacy in Bhopal.) CRO wisely insulates itself from undue criticism by disclosing the methodology behind the list, which was “driven by the numbers. Period.” In other words, companies make the list based on IW Financial’s analysis of the list criteria, so criticism should rightly target the underlying structure of the list. That, or IW’s analysis, which is based on patented environmental, social, and governance (ESG) ratings.

Looking toward the future, a symposium projecting the next two decades of development in CSR will be hosted by John Elkington, Mark Lee, and Sophia Tickell of SustainAbility, which helped define the field over the past two decades--for example by coining the term “triple bottom line” in 1994 and more recently by promoting social entrepreneurship. This article was written by CSRwire contributor Bill Baue.

CSRwire's free weekly News Alert is a summary of the latest and most important CSR news from the week, put into context with local and global news. The Alert highlights noteworthy initiatives and informs the CSR and Social Responsible Investing communities including professionals, analysts, academics activists, and consumers.