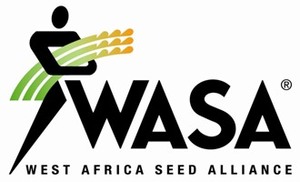 Feb. 26 /CSRwire/ - - February 26, 2009 - After a busy year spent developing its network of offices and support staff as well as launching its activities, the West Africa Seed Alliance (WASA) is publishing its first official newsletter and launching its brand identity in conjunction with the African Seed Trade Association 2009 Congress in Cape Town from March 2-6 (www.afsta.org).

WASA's underlying mission is to stimulate the development of market driven distribution chains in West Africa so that improved seed, inputs and technical support can reach those who most need it – subsistence farmers whose already low yields continue to decline because of the lack of quality seed of improved crop varieties.

WASA's intention is to build a solid reputation for trust and reliability. And amongst policy makers to be seen as a sustainable engine for increased food security and economic development. Available data suggest that increases in agricultural output have a direct impact on job creation.

In order to accomplish its mission, WASA is advocating to update laws to support the development of public-private partnerships in seed, and that give the private-sector freedom to operate. An important aspect of this work is seed trade harmonization to facilitate the free flow of improved seed between countries.

Building on the experience gained over the last year, and on the measurable impact of WASA's comprehensive strategy, the partners are in the process of launching ESASA – the Eastern and Southern Africa Seed Alliance.

WASA is presently supported by the United Sates Agency for International Development through the Seeds Project being implemented by the International Crops Research Institute for the Semi-Arid Tropics (ICRISAT) in partnership with CNFA and the Seed Science Center at Iowa State University (SSC-ISU).