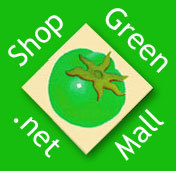 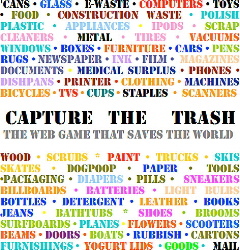 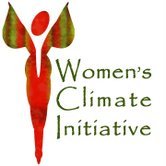 Earth, the ad agency best known for its supporting role in the growth of eco-preneurs, celebrates 10 years today at a time when sustainability marketing is booming. "At the beginning, we were the only green marketing agency in the U.S., according to Adweek." said Martha Shaw who founded Earth's studio eFlicks Media in 1999. "Now, corporate America is embracing environmental issues and that's good for our entire industry. A rising tide floats all boats."

With its 360° approach to pr and media, the agency has a history of hitting the sweet spot where creative messaging, brand authenticity and new media tools converge. That approach has worked to put many of today's leading green companies, organizations and issues in the limelight, including clean technologies, organic foods, car concepts, and non-toxic household goods. Beyond commerce, Earth has worked to empower women scientists, support local living economies, and promote renewable energy.

Selling Without Selling Out: Eco-preneurs and Wall Street

A recent Earth Advertising e-series is Selling Without Selling Out. The web commentary features some of the most prominent environmental entrepreneurs of our time, sharing their challenges of gaining distribution, market share and capital. These often lead to mergers with multinational corporations, where contrasting priorities play out. These founders offer their experiences and discoveries. “Hold on to your principles and be willing to walk away from the deal," says CEO and Founder Gary Hirshberg of Stonyfield Farm, an organic producer and distributor of yogurt, milk and other dairy products. Selling without Selling Out also features the founders of Honest Tea, Odwalla, Dagoba, and other leading brands, including the board of Ben & Jerry's Ice Cream.

"CSR reports are a relatively new communications tool," says Stuart Ross, Communication Director at Earth Advertising who came from Environmental Defense Fund (EDF), and has a history with corporate marketers including PepsiCo. "Increasingly, CSR reporting is becoming legally mandated. We can help clients get to where they want to be from a reporting standpoint, and then share their best practices with the world." Regulators aren't the only ones asking for CSR reports, all stakeholders are asking questions, he noted. Earth creates multi-media CSR reports that convert to video, web content, lobby and tradeshow displays, commercials, training tools, and interactive games for setting internal goals and measuring achievement.

A whole new language that explains and entertains with CSR.

CSR has its own vocabulary and it's universal. As more companies share their best practices with the world, the greater the groundswell. CSR reports identify new metrics of sustainability, from impact, footprints, resource consumption, waste diversion, energy consumption, offsets and product lifecycle, and social and environmental justice.

One project of the firm is helping to measure the environmental impact of the industry itself. A friend of Earth Advertising, SustainCommWorld founder Lisa Wellman said, "Advertising can educate and inform, and can be a powerful driver for positive action - or not." Don Carli, Fellow of the Institute for Sustainable Communication is an advisor to Earth and agrees, "By its very nature, advertising itself calls into play a great deal of energy and materials. It's good to see agencies like this taking it on."

One of Earth's media directors has been a producer of games for children since the first interactive products, bringing hundreds of interactive products to the marketplace for AT&T, Simon & Schuster and Paramount. "Earth has some interesting interactive projects in development that are proprietary," says Diane Strack who believes in the power of gaming to create behavior shifts. "We're in the early stages of one game that is competitive, reaps instant rewards and makes it fun to know about trash."

When commerce and environment come together, great things can happen. Earth Advertising is a founding member of SBNYC and media partner with Green Drinks, the watering hole of NYC’s green jet set that has been unifying the community for 8 years, and is now in 650 cities. The big holiday party is featuring the great aquanaut and heroine of the sea, Sylvia Earle. "We've been connecting people to collaborate on business, make friends, find jobs and experience moments of serendipity," says Margaret Lydecker, Founder of Green Drinks NYC. "Don't miss it on December 8th."

Talented people join the agency to work on marketing they care about.

The company was formed to concentrate marketing experts and talent with common interests under one logo, including moms. This has meant creating an environment that has room for family.

Like others on the team, brand strategist Nancy Orem Lyman brings a wealth of experience from a career with multinational brands. "To work with companies and organizations just starting to embrace a sustainability agenda, and those who are leading the way, is rewarding." says Nancy, who is also founder of the Women's Climate Initiative. "When you take the power of advertising and apply it to brands and initiatives that motivate others, change can happen very quickly."

Zmags is a leader in Interactive Collateral Materials and Management--reducing print and distribution costs while presenting content in an engaging format that is user-friendly. Zmags sample of Earth's work"
http://viewer.zmags.com/publication/440142a6