Vestergaard is a family owned global health company dedicated to improving the health of vulnerable people, most of whom live in developing countries. Our game-changing solutions contribute to a healthier, more sustainable planet by fighting malaria, HIV/AIDS, diarrheal diseases and neglected tropical diseases. Additional company initiatives are focused on enhancing food security. Vestergaard is the largest producer of long-lasting insecticidal bed nets. Our PermaNetÂ® bed nets have played a significant role in last decade’s highly successful fight against malaria. More than one billion people have benefited from PermaNetÂ® bed nets, which have contributed to the reduction in deaths from malaria by more than one third. Breakthrough solutions also include the award-winning LifeStrawÂ® water filter, which was named "One of Ten Things that Will Change the Way we Live" by Forbes magazine. Vestergaard is headquartered in Switzerland and has offices around the world where highly skilled staff members work with stakeholders to ensure global reach with local support. We’re proud to be a valued and trusted partner to governments, aid agencies, NGOs, faith-based groups and the private sector.

Vestergaard, a global leader in developing innovative products for a healthier planet, today donated the Emusanda Maternity Ward to provide high-quality maternal and child health services to the people of Lurambi Sub-County in western Ke... 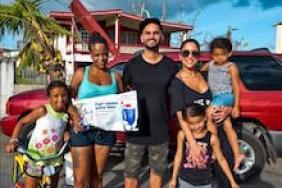 LifeStraw, a global leader in developing innovative filtration and purification products for safe drinking water, is deploying thousands of its high-impact water filters and purifiers to Puerto Rico to provide much needed access to safe drinkin... 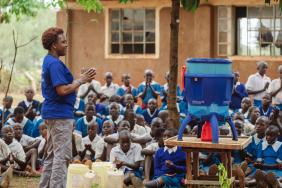 LifeStraw is Honored with Halo Gold Award for Its 'Follow the Liters' Transactional Campaign, Launches Commitment to Reach One Million School Children by 2018

LifeStraw®, a global leader in developing innovative filtration and purification products for safe drinking water, was honored with a Halo Gold Award at a ceremony held today during the 15th annual Engage for Good co...

This week, as all eyes are on Rio and athletes from around the world, LifeStraw, a leader in safe water technology, is inviting global teams and citizens to get involved, not only as spectators, but also, as active agents of change through

LifeStraw has launched the LifeStraw Safe Water Fund (www.lifestraw.com/engage) to provide socially-minded individuals and organizations with a means to contribute to high-impact programs that provide access to safe water for developin...