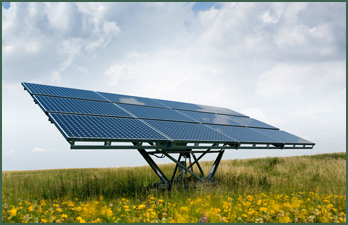 Renewable/Alternative Energy is any naturally occurring, theoretically inexhaustible source of energy, such as biomass, solar, wind, tidal, wave, and hydroelectric power that is not derived from fossil or nuclear fuel.

Turning Your PC Off at the End of the Work Day Can Save 14.4 Millions Tons of CO2 from Being Pumped into the Atmosphere

Jun. 14 /CSRwire/ - AMHERST, MA – June 14, 2007 - Standing before 69 pinwheels spread out in the Amherst common, campaign staff from Environment Massachusetts, the new home of MASSPIRG's environmental work today highlighted the potential and support for renewable energy in...

Jun. 12 /CSRwire/ - AUCKLAND, NEW ZEALAND – June 12, 2007 – "Demand side oil producer" Trip Convergence Ltd announced today that it is preparing to commence "drilling" in it's promising HOVERPORT field, and is seeking $5 million in equity funds to support...

Jun. 08 /CSRwire/ - (This release is an update. A press release on the above-referenced title dated June 4, 2007 was inadvertently and prematurely made public. A corrected version is expected within the next few days.) OAKLAND, CA - June 4, 2007 -...

Increasing Accountability within the US Voluntary Carbon Market

Living Income: A Story From Measurement to Impact

Where Would We Be Without the Ardent Work of the Nonprofit...