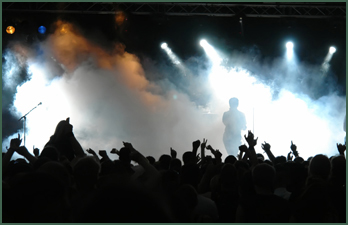 Events and Entertainment are CSR-related gatherings that afford some type of intellectual stimulation, useful diversion, social pleasure, or comic amusement.

Dec. 18 /CSRwire/ - BURLINGAME, CA - December 18, 2007 – After a highly successful inaugural conference in September, Sustainable Life Media announced today that its next Sustainable Brands Conference, the only event that addresses how to leverage all aspects of sustainability as...

Dec. 17 /CSRwire/ - VANCOUVER B.C. - International leaders in business, industry, and government are committing to attend GLOBE at a record pace. As 2007 comes to a close, event organizers have already confirmed the participation of over 30 business and government leaders...

The Eyes of Christmas: Top Stars Telecast 12 Hours of Holiday Music and Memories for the Visually Impaired to Over 80 Million Homes on Multiple Cable Networks