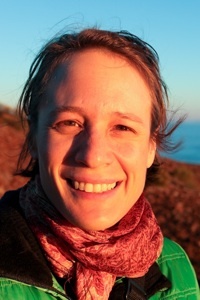 In the hype over how Google has up-ended the tech world with its purchase of Motorola Mobility, one aspect of the deal hasn’t yet attracted attention – but is potentially the most important. Google entering the hardware business should lead to the one breakthrough the market truly needs: a smartphone free of conflict minerals.

Most of these minerals come from the eastern Congo, which has been ravaged by conflict for years. Revenue from conflict minerals has kept warlords in power, and efforts to cut off that revenue have proven complex.

Google is uniquely positioned to tackle the problem. What company has a more relentless commitment to innovation? Google has already set aside $30 million for its Lunar X Prize. Surely avoiding complicity in human rights abuses is worth at least a fraction of that?

What company wears its aspiration of “Don’t Be Evil” more prominently on its sleeve? Google took great pride in its decision to finally stop censoring search results on its Chinese language search engine last year, after three years of awkward interactions with Chinese authorities and Western critics.

Motorola Mobility is one of just six companies that earned a “Green: On the Right Track” rating from Raise Hope for Congo, which assessed the 21 largest electronics manufacturers on their progress towards conflict-free supply chains.

Motorola Mobility is also a member of the Global e-Sustainability Initiative (GeSI), which two weeks ago launched a template with the Electronic Industry Citizenship Coalition to help companies conduct and share due diligence on their smelters to ensure they’re conflict-free.

One hopes Google keeping Motorola Mobility’s leadership in place will mean ongoing support of engagement in this area. But Google should also immediately join GeSI and EICC and lead the battle against conflict minerals – while putting its engineers to work on creating a smartphone that eradicates the need for those limited resources altogether.

Perhaps it is naive to think one company can solve a problem others have been working on for years. Has a single company ever had such a profound impact on people’s lives? Hang on, let me Google that...

Google states in its corporate principles, “We’re always looking for new places where we can make a difference. Ultimately, our constant dissatisfaction with the way things are becomes the driving force behind everything we do.”

If there is one thing Google should be dissatisfied with, it is that our dependence on smartphones makes us all complicit in human rights abuses. I, for one, would be the first in line for a Google device that is certified conflict-free.

Christine Bader is a Nonresident Senior Fellow at The Kenan Institute for Ethics at Duke University. Follow her on Twitter at @christinebader.

Readers: Will Google rise to meet the challenge and go conflict-free? Weigh in on Talkback!