How To Make A Million Dollars An Hour, Step 3: Rip off Entire Countries Because That's Where The Money Is

The third post of a twelve-part series based on Les Leopold's latest book How to Make a Million Dollars an Hour: Why Hedge Funds get away with siphoning off America's wealth shows how hedge funds load the dice on currency bets to ensure huge profits. 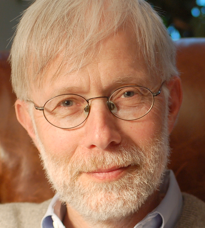 We know George Soros today because of his overt philanthropy for liberal causes. But how did he make all that money?

Soros ran a very profitable hedge fund that broke new ground in how to fleece entire countries for billions of dollars. I know this sounds ridiculous. I mean, how is it possible for one person to outsmart a large nation and its central bank? But that was precisely what he did to the Bank of England in 1989 to the tune of $1 billion.

Soros placed his bets against the value of the British pound and the people of England had to pay billions to hedge funds and large banks due to no fault of their own. Sound familiar?

This story starts with the post World War II effort to bring a lasting piece to Europe. After two conflagrations, the Allies believed that the only hope was to create a common market in Europe that

entwined the former combatants so they never could fight each other again. Therefore, with enormous support from the United States, Europe moved step by step to form a common market and then a common economic union with its a common currency, the euro.

Before they could take the final step to the euro, they had to line up all their currencies, which meant making sure the currencies traded within a narrow range. This was a painstaking task, for it required that the central banks of each country (like our Federal Reserve) adjust economic policies to keep its own currency from going too high or too low.

After the Berlin Wall fell, Soros and company realized that England would have trouble keeping its currency in line with the German mark. So he bet heavily that it could not. In fact, he and other big banks bet so heavily against the British pound that it became impossible for the Bank of England to defend its value. When the pound fell, Soros cashed in.

In the end he  “won” $1 billion by helping to destabilize Europe. How noble!

Soros’ coup, which he repeated a few years later against Sweden, showed that countries were no match for fast moving money, a phenomena that was ushered in by the deregulation of the financial

sector beginning in the 1970s.

But Soros provided the world with one more important lesson:

Not only did he take on the British state by betting on its failure, but he also did all he could to make it so. By betting so large and so forcefully, he pushed the Bank of England beyond its resources. It laid down its sword after it could no longer withstand the assault on its financial ramparts.

Hedge funds in general got the message and embraced this “innovation.” Not only would they bet on the failure of companies, currencies and entire countries, but they also would encourage the very failures they need to win their bets.

So, if you're curious why there is so much chaos in Europe today, look for the hedge funds that are hard at work destabilizing banks and countries for fun and profit. For here we discover the true meaning of “financial casino.” They are not like the casinos in Las Vegas, which are tightly regulated with strict odds for each game posted and enforced by law. No, on Wall Street the casinos are rigged by design.

You don't bet billions unless you are sure you can win.