If you want to be the richest of the rich you better know who you need to surpass. 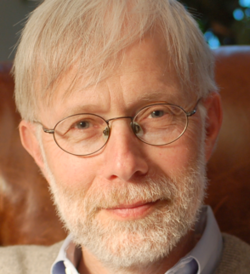 In the first post of a twelve-part series based on Les Leopold's latest book How to Make a Million Dollars an Hour: Why Hedge Funds get away with siphoning off America's wealth, the author examines who makes how much in the great income pecking order.

Step One:  Reach for the Stars...and Beyond

If you're concerned about the growing gap between the super-rich and everyone else, you've come to the right place. This series is based on my book, How to Make a Million Dollars an Hour (John Wiley and Sons, 2013), a 12-step guide that explains how the elite of all elite financiers are able to make a million dollars an hour...and more.

Who are they? What do they do? How does it impact the rest of us? That's what we'll explore, step by step. You'll soon discover that it's very, very hard to make this kind of money without skating out to the ethical edge...and beyond. But let's not prejudice the case until you've had a chance to see how it's done.

The first step is to gain perspective on the rich and famous.

If you want to be the richest of the rich you better know whom you need to surpass. For in America, there are many, many rich people.  You need to get an idea of the great income pecking order. Just who makes how much?  Here you'll find the top 10 income earners in each of the following categories; celebrities, musicians, movie stars, athletes, lawyers, doctors, CEOs, movie directors, bankers, hedge fund managers, and alas, writers. (No, I didn't make the cut.)

Let's review a couple of the charts.

Here's one that looks at the top 10 musicians ranked by their incomes in 2010. Be sure to check out the note on the bottom where we calculate that it would take 334 days of work for the average family to make as much as these musicians averaged in one hour.

After creating similar lists for the other glamour occupations we come up with the following summary chart:

Check it out. Way at the top of the list is a group called “hedge funds.”

That group, on average makes over 40 times as much as the top movie stars. In fact the top hedge fund manager in 2010 made as much in one hour ($2.4 million) as the average American family earns in 47 years!

But who are those guys?  (And yes they all are guys.)  What do they do?

Well, a hedge fund, we discover, is a rather secretive investment fund designed by and for the super-rich. You can't put money into a hedge fund unless you are worth at least $1 million. In reality,

There are about 8,000 hedge funds in America. But the top 250 or so have most of the investment money. You can really make the big bucks if you're in one of those top tier funds. But doing what exactly?

That's one of the questions that drives the book and this series.  The other main question is this: What kind of economic value is created by those who make $1 million an hour?

That turns out to be a very tough question few even bother to ask. Usually, it's just assumed that if you make that much money, by definition, you must be worth it. But in economics, what you earn is supposed to be connected to the value you produce for the economy.  U2 and Lady Gaga sing. We pay to listen to their music and watch them perform. There is an exchange of value that is clear -- we give them money, they give us entertainment.

But who gives hedge funds their enormous profits? And what do they give in return?

That's the core question that haunts our exploration. Stay tuned for Step 2.