Navigating the Sustainability Landscape in a...

Navigating the Sustainability Landscape in a Constant Game of Chase

If you’re not at the table, you’re on the menu. Are you communicating on sustainability? 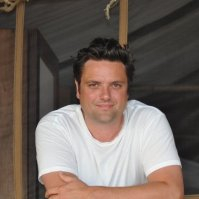 It’s truly staggering how few companies new to the sustainability agenda understand the landscape in which they must operate.

At best, they might be aware of the pesky ‘NGO movement.’ But the lens through which they believe their company is viewed is essentially a cosy and containable quartet in which customers, investors, media and regulators rule supreme, and should be the primary focus of attention. They could not be more wrong.

The theatre of sustainable business is crowded, with a few leading actors and a vast cast of extras, some of whom matter much more to the overall plot than others.

The Stakeholders of Sustainability

These are the people and organisations that define the prevailing view of which companies are serious and credible, and which are reckless and incredible when it comes to taking on the planetary disaster we are all facing. Of course there are nuances of opinion, but in general there is consensus on the fact, for example, that Unilever is trying to lead on sustainable consumption, that Nestlé is pioneering new approaches on water, deforestation and rural development, that Sainsbury’s and M&S have serious plans to lead the retail sector, and that Shell, Trafigura, Glencore and Yum Brands will be lodging in the ethical and environmental doghouse for the foreseeable future.

Together, these categories form the fabric of the canvas on which corporations must paint their version of environmentalism and ethics. They represent thousands of individuals, if not hundreds of thousands. Some matter more than others, and this varies considerably from one country to the next.

The key point to remember is that the sustainable business community (and it really is a community) is constantly talking to itself, forming judgments about your business or sector.

Retailers hate nothing more than a surprise attack from a campaigning NGO alleging their supply chains are responsible for dead orangutans, the slaughter of turtles or the destruction of the Amazon. The retail sector is, therefore, in constant dialogue with campaigning groups. Media depend on campaigners to give them good stories. Campaigners depend on good policy thinking to make their case, from think thanks and academic institutions.

Increasingly, the scientific community is finding its proper voice in these debates. Twitter is awash with CSR and green advocates, providing the perfect channel for widespread dissemination of good or bad news, not least through the medium of blogs such as this one.

Regulators, as ever caught in the headlights, try to keep up and frame policy around what others have already achieved as they sat and watched. Sometimes they become pivotal, but far too rarely. All these audiences are influencing each other, and building up a collective view about priority issues, who is leading, who is following the pack, and who is lagging far behind.

It is ignorance about all this that leads companies into woefully naïve territory.

Thus, Shell thinks it is credible to promote green credentials on, of all things, climate change, whilst in the middle of a disastrous Arctic drilling joyride that is viewed by the kinder elements of the sustainability community as folly, and by its harsher members as morally criminal. Shell’s PR idiocy is

so pronounced it regards filing pre-emptive law suits against NGOs as an intelligent idea (red rag to a bull is the reality), and instead of fessing up to the fact that its Arctic safety strategy is progressively unraveling, Shell spends time and resources making videos on YouTube boasting about how many Facebook friends the company has managed to amass in the Middle East and elsewhere.

It is almost comic to watch.

Not content with that, Shell’s brand is now so toxic that even Waitrose, a generally responsible small U.K. retailer, was dragged into a social media fuelled boycott campaign in December 2012 over a commercial tie-up with Shell that, amongst other things, rewarded its supermarket shoppers with Shell fuel vouchers. It took just two weeks for Waitrose to distance itself from its bigger, uglier corporate partner.

Just a few short years ago, Shell was respected for its Foundation, a smart climate change think tank and its commitments on renewables. Now, the company is unable to call upon any serious environmental advocates to fight its case, because it is not taking their advice. This prevailing wind against Shell will blow as hard and long as the Arctic winter. And it will take years to change direction.

On the more positive side, some companies, like Puma and Interserve, manage to emerge fast on the sustainability scene.

There is nothing like major innovation to get the theatre listening and applauding. Sustainability

reputation is fast lost, but can be gained quickly too. The reality is that those of us who work in this global movement need good examples to encourage more companies to take the agenda seriously. We have all but given up on government, so it is to business that we turn for leadership and bold, ambitious planning.

More and more, there are brave CEOs and smart companies that are willing to lead the charge. The bolder the communication, the louder we cheer. Provided, of course, there is a solid underbelly of commitment, progress and impact.

Now I see you commodity traders, you price-obsessed discount chains, you tax-avoiding websites and yes, you, at the back – the privately-held logging firm far away from us Western hemisphere liberals. You may think that your sector or brand is immune from this ‘chatter.’

But someone, somewhere, is watching you.

They may be developing a new ranking of ethics or sustainability for your sector. You may find yourself near the top. If you’ve never engaged on these issues more likely you’re at the bottom. If your customer base is other businesses rather than direct consumers, then be aware that those customers are likely to be much closer to emerging trends and debates than you are.

It would be smart to go to them with solutions, not become their problem supplier. The less you engage with this vast landscape, the harder it will be to persuade people your business is a sustainability champion. The more you engage, the better decisions the your company will make, and the more independent voices will praise those decisions.

The old adage holds true: If you’re not at the table, you’re on the menu.

Brendan May's [@bmay] blog draws on his new book How to Make Your Company a Recognised Sustainability Champion, published by Dō Sustainability in December 2012. The book is part of a new series of short sustainable business ebooks by experts for professionals.

Brendan May is Founder of the Robertsbridge Group, a global consultancy formed by some of the U.K.’s leading sustainability thinkers. He is on Twitter @bmay & @robertsbridge.

CSRwire Discount: For 15% off the RRP of any DōShort title, use code CSR15. Currencies will be converted, and orders can be fulfilled immediately, anywhere in the world.

Subscriptions: You can also get access to the entire DōShorts collection via individual or corporate subscription. Read more about subscriptions here.