California Teachers Divest from Gun Companies: What this Means for Them & the Everyday Investor

Divesting from gun-industry investments is eyed by California teachers for economic, as well as moral, reasons. 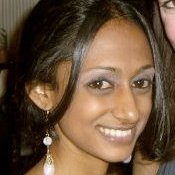 By Anisha Sekar, VP of Credit and Debit Products, NerdWallet

On January 9, 2013, following the massacre at Sandy Hook Elementary in Newton, Conn., the California State Teachers’ Retirement System (CalSTRS) voted unanimously to divest from firearm and ammunition manufacturers. CalSTRS, also happens to be the second largest pension fund in the country valued at $155 billion, of whch $11.7 million is invested in the gun industry, through the fund’s private equity firm, Cerberus Capital Management.

Among those gun makers is Freedom Group International, which manufactures the .223-caliber Bushmaster rifle that Adam Lanza used at Sandy Hook. $8.8 million of CalSTRS’s pension fund is invested in that company, while another $1.8 million and $1.1 million is invested in two others: Strum Ruger & Co. and Smith & Wesson Holding Corp.

Not for much longer, though.

In a coup for socially responsible investing, CalSTRS will divest its holdings.

Anti-gun advocates may applaud this decision as a moral victory, but the California group doesn’t always frame it as such, at least in publicly available documents. Statements to the press aside, it frames this decision as a financial concern—which it indeed is, as we’ll detail later.

Nevertheless, their decision does beg the question for the everyday investor: are socially conscious investments the way to go?

This is a concept we’ll explore below, with the help of a financial planner.

The CalSTRS reviewed its investments shortly after the shooting at Sandy Hook; it then decided that

its investments in the aforementioned gun companies violated its ESG policy, which sets standards about environmental, social and governmental issues.

In that policy, the CalSTRS outlines 21 so-called “risk factors.” And their investments in the aforementioned gun makers violates one risk factor in particular: its policy toward human health, which asks that the CalSTRS avoid investments in a company “that makes a product which is highly detrimental to human health so that it draws significant product liability lawsuits, government regulation, United Nations sanctions and focus, and avoidance by other institutional investors.”

The violation here is pretty clear-cut: the product in question, guns, may indeed be subject to “government regulation” soon.

Although no plan has been formally announced, the Obama administration is currently weighing its options about an assault-weapons policy. So, if the government soon limits or gradually shuts down production, then these shares likely won’t fare too well.

The other violation -- that this product is “highly detrimental to human health--” is more up for debate, even arbitrary, simply because it’s a moral question, too, which will always be subjective.

CalSTRS’s Decision By The Numbers

Although an ESG policy makes claims to moral concerns, the actual language of such policies is more fiscally pragmatic.

For example, in a record of a January 9th meeting about its divestment policy, the CalSTRS states that:

“it does not and will not systematically exclude or include any investments in companies, industries, countries or geographic areas, except in cases where: one of the CalSTRS 21 Risk Factors is violated over a sustained time frame to the extent that it becomes an economic risk to the Fund, a potential for material loss of revenue exists, and where it weakens the trust of a significant portion of members to the System.”

In short, the CalSTRS frames its risk factors less as moral problems than economic concerns.

And they are right to think so. There is “potential for material loss of revenue” in the near future. Gun sales may have spiked 180 percent after Sandy Hook, in reaction to impending government regulation, but stock values of companies like Smith & Wesson and Sturm Ruger & Co. declined.

Moral questions aside, it makes sense for the CalSTRS, as an investor, to react to stirrings in the government and the people; not simply to take the moral high ground but to anticipate and avoid hits to its portfolio.

For The Everyday Investor

Many everyday investors with a pension plan might think their investments in a vacuum; they know that a plan returns cash, but they don’t always realize that it represents partial ownership of a

“Their financial statement returns are a reflection of how those companies perform,” said Gregory Alerte, a CFP professional and the managing director of Gregory & Company Comprehensive Wealth Management, LLC. The assets held in any retirement portfolio, or pension plan could also include any number of gun companies — or any other company that an investor finds morally suspect.

Even if a particular investor is anti-gun, portfolio managers generally aren’t concerned with socially conscious investments unless it’s required or a specific preference. They don’t ask moral or ethical questions for the client. Portfolio managers ask if a fund is well diversified, and if it will compliment other portfolio holdings. They’re mostly concerned with the numbers and their fiduciary responsibilities.

Besides, “in my experience the majority of clients when they’re investing don’t want to be restricted,” Alerte said.

That said, socially conscious investments don’t necessarily restrict growth of a portfolio; for the manager, it’s just a little harder to maneuver with a moral code attached.

“The portfolios offered on our investment platform that are socially conscious have performance that are mostly in line with our traditional portfolios” — traditional being the ones that don’t specifically consider moral or ethical opinions — Alerte said.

“I didn’t see any significant discrepancy in returns.”

If we can generalize on Alerte’s business, it seems that socially conscious investments really do not hamper economic growth, despite the suspicions of some. Such a plan may then be worth considering with your financial advisor, so you can make each dollar go toward your future and making your voice heard.

Anisha Sekar is the VP of Credit and Debit Products at NerdWallet.com, a financial decision-making website that helps consumers make quantitative, informed choices. She studied at Brown University, and has worked at Silicon Valley startups as well as in the public sector.