Acting As If Tomorrow Matters: Mapping...

Acting As If Tomorrow Matters: Mapping the Obstacles to Sustainability

The fourth post in our series says we have to understand the obstacles to sustainability in order to overcome them.

Series: Acting As If Tomorrow Matters: Accelerating the Transition to Sustainability 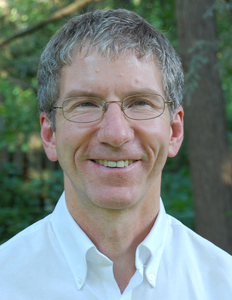 In an exclusive series for CSRwire, John Dernbach, coauthor of Acting as If Tomorrow Matters, the third in a trilogy of books on sustainability in the U.S., summarizes the key findings of the book and offers a crash course in how to make a greater variety of sustainable decisions more attractive and how public opinion and leadership can be more effectively engaged to support sustainability. This is part four.

After two decades and more of hard effort, sustainability advocates and practitioners can claim only modest progress in the United States. A major part of the problem is the large number of obstacles that impede the sustainability journey, like so many fallen trees across a footpath. To accelerate progress toward sustainability, of course, we must overcome them or work around them.  But to do that, we must first understand what they are.

In two prior books about the U.S. sustainability effort, I asked the contributing authors — each an expert in a particular field — to describe progress and make recommendations. But in the second book, published seven years after the first, I noticed that most of the recommendations were the same as, or similar to, those made in the first.

So our most recent book does something new: it identifies and categorizes the obstacles. Each of the contributing authors described obstacles in the particular field in which he or she works (e.g.,

industrial ecology, sustainable agriculture). Then we worked together to find patterns common to all fields, patterns that could be used to understand the big picture reasons for limited progress.

These obstacles fall into three groups: habit, law and politics.

The sheer force of existing unsustainable habits — personal, social, organizational, and governmental — reinforced by both lack of urgency and uncertainty about what more sustainable behavior would entail. Essentially, sustainability requires all of us in all of our roles to do things in different and more sustainable ways. To do that, we need to take the time and effort to change something we have done, probably without much thought, for a while.

Lack of urgency makes it harder to change habits. We read a worrying article about the likely severity of climate change by 2050 or 2100, or the loss of biodiversity, then get a cup of coffee or tea and attend a meeting about next year’s budget; all around us everything seems normal. Perversely, the fact that our children and grandchildren will experience these problems more severely than us makes it easier to feel less urgency.

The frequent lack of attractive, workable alternatives makes it easier to rationalize a lack of urgency.  When the more sustainable alternative doesn’t work as well, costs us more time or money, or is difficult to find and is otherwise unavailable, most of us are not going to pursue it.  And that, of course, reinforces existing habits.

Unsupportive or hostile law and governance is the second area of obstacles. As many of us are all too aware, the legal playing field is often biased against sustainable alternatives.  Fossil fuels tend to get

more, and more permanent, financial support from the federal government — in the form of tax incentives and subsidies — than renewable energy and energy efficiency.

The partisan divide that exists between Republicans and Democrats at the national level is particularly intense on the environment, which makes it difficult to govern in a consistent manner on sustainability from election to election. This is particularly problematic because sustainability requires a long term planning and investment horizon.

Around the world, the economies of developing countries such as China, Brazil, Indonesia, and India, are growing at a much more rapid rate than developed countries, using more or less conventional

approaches to development. They tend to put economic growth and poverty alleviation ahead of sustainable development. And they make it easier for some in the U.S. to say we shouldn’t do anything on, say, climate change, until they do, or because it won’t matter anyway.

Understanding Obstacles The First Step To Overcoming Them

In practice, these obstacles reinforce each other.

Outright opposition contributes to political polarization, particularly at the national level, makes it easier for people to feel less urgency and makes consistent and supportive governance harder.   Opponents often claim, moreover, that attractive and workable alternatives are not available or will cost too much. The absence of governmental support, in turn, contributes to the frequent lack of alternatives.

So while we have made some progress toward sustainability over the past several decades, these obstacles help us understand why that progress is limited and why we are farther from sustainability than we were before. Still, we can’t accelerate the transition to sustainability unless we address them directly.

Next: Hitting the Sustainability Accelerator