Ethics & The Challenge of Economic...

Ethics & The Challenge of Economic Sustainability

The values most critical to economic sustainability are not economic but the purely social and ethical ones. 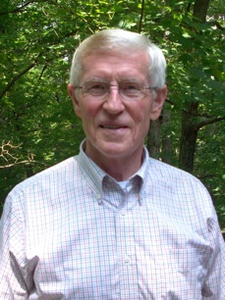 In his new book The Essentials of Economic Sustainability, John Ikerd addresses the basic principles and concepts essential to economic sustainability. Some of these concepts are capitalist, some are socialistic, and others are general principles validated by philosophy or common sense. What results is a synthesis: something that is neither capitalist nor socialist but fundamentally different. He explains in a new series on Talkback.

As we are finally beginning to realize, the productive capacities of nature and society are both finite in quantity and fragile in character if stretched to their limits. If we fail to protect, renew, and regenerate the health and productivity of natural ecosystems and human societies, it will be impossible to sustain our economies.

Things have economic value only if they are functional or useful to people. All things that are of use to people ultimately are derived from nature by way of society. This is no other possible source. Economies are not capable of creating anything of value; they simply facilitate the process of

extracting economic value from natural and human resources. How can we meet the economic needs of the present without diminishing economic opportunities for the future? This is the essential question of economic sustainability.

Economies are not absolutely necessary. The only alternative to an economy, however, is self-sufficiency. Once an individual decides to barter with someone else to get something they otherwise would have had to obtain from nature themselves, they have created an economic relationship.

Social values naturally evolve into ethical values. This aspect of social values is essential for sustainability. Ethic values are a particular culture’s interpretation of morality, meaning a code of conduct that a person applies to all people of all times. Some cultural values may not be moral, but

they reflect a given societies interpretation of morality. Cultural knowledge evolves over time from a society’s collective experiences from personal social relationships.

As social relationships become less personal, people begin to understand the personal values they receive as individuals arise not just from their personal connections but from all of the interconnectedness within their families, communities, societies, and humanity as a whole. This is the process by which personal social values evolve to impersonal ethical values.

non-persons – to earth, air, water, forests, lakes, streams, rocks, or other species. Stewardship of nature is an ethic that evolves out of direct human relationships with nature. Concerns for the whole of society and the future of humanity are neither economic nor purely social in nature but are fundamentally ethical.

At first thought, these distinctions among economic, social, and ethical relationships and values may seem academic or trivial; but they are not. The entire economics profession is based on the assumptions that people attempt to maximize their individual, impersonal, instrumental economic self-interests. Most people do not make purely economic decisions but the large publicly-traded corporations that now dominate the global economy do, as is explained in The Essentials of Economic Sustainability.

Economies Guided Solely By Economic Incentives Are Not Sustainable

If all investment decisions are preconditioned on receiving something of economic value in return, the investments necessary to protect, renew, and regenerate the natural and human resources essential for economic sustainability will not be made. The ecological health and productivity of nature and society can be sustained only by people expressing their social and ethical values through their individual and collective choices and actions. This is the challenge of economic sustainability.

Next: The hierarchy of economic sustainability