Nearly three-quarters of global consumers would recommend, promote, and switch to brands that support a good cause over one that doesn’t. 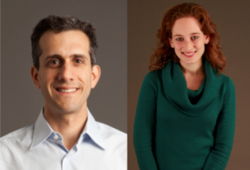 Brand marketers have increasingly embraced Purpose as an integral part of the marketing mix (the fifth P!) as a way to build ongoing engagement with key audiences. The rapid evolution from bolt-on tactic to central strategy is being driven by consumers who are not only accepting of the notion of brands doing well while doing good, but are expecting it and taking on a more active role.

According to our most recent goodpurpose study for example, nearly three-quarters of global consumers would recommend, promote, and switch to brands that support a good cause over one that doesn’t; a major jump in participation levels from 2008.

In 2012, as brands looked to boost their share of relationship beyond awareness building, they developed extensive and inventive social-purpose-driven participation platforms. From Shwopping to Showerpooling, brands inspired action to complement the traditional “buy this product,” or “give $1 at the register. ”

Here’s a round up of recent brand purpose participation platforms that we think have risen to the top:

In the U.K., Marks and Spencer coined a new term for their participation platform – “shwopping.”

Shwopping is a “fashion revolution” where, instead of throwing out old clothes, people are urged to recycle, or shwop, them at the Shwop Drops in select stores. The clothing is then given to Oxfam to resell, reuse or recycle to help support people living in poverty.

The trend caught on with retailers worldwide, from Sweden’s H&M to Japan’s Uniqlo, jumping on the bandwagon. For good reason. It’s a unique and fun way of welcoming consumers into the brand via issues that matter to them (both environmental sustainability and poverty) and importantly, walking the talk with products.

The first Panera Cares Community Café [NASDAQ: PNRA] opened up as a bold experiment in 2010. The café looks and functions like a normal Panera Café, but without prices. Guests are asked to pay what they want. If you can’t pay, you still get a meal – or you can volunteer as payment. On average, the cafes have brought in about 75 percent of the estimated retail value of the food with 60 percent of people leaving the suggested donation and almost 20 percent leaving more.

In 2012, the pay-it-forward concept gained momentum as a café opened in Chicago and another was announced to open in Boston, bringing the total in the U.S. to five. Clearly a tremendously powerful and still evolving participation platform, the Panera Cares Community Cafes allow consumers to engage both with the Panera brand and with each other.

In a more playful participation platform, AXE Shower [an Edelman client] coined “Showerpooling” as part of a campaign to educate guys and girls on the importance of water conservation and how

everyone can make sustainable living routine, while having fun. Participation elements included taking a Showerpooling pledge, downloading water saving tips and attending a stop on a college campus tour for a chance to win a water efficient showerhead as well as compete in cheeky challenges for other prizes.

Raytheon’s [NYSE: RTN] Hashtags4Heroes participation platform encourages Twitter users to send messages of support to the men and women of the armed forces by using the #HT4H hashtag. Raytheon’s stakeholders took the opportunity to express their well wishes and contributed 330,000 characters to the Wounded Warrior Project in May alone. The campaign also directed Twitter users to the Wounded Warrior Project website where they read stories of injured veterans, saw their photos and learned more about organization’s work.

In both the U.K. and Ireland, older people are keeping much warmer through Innocent drinks’ The Big Knit participation platform. Supporters of the brand are encouraged to knit woolly hats to be placed on top of Innocent smoothies, and 25p from every hatted bottle sold goes to Age UK, supporting older people during the chilly winter months. Since the program started, Innocent has raised over £1 million.

campaign to “save” perfectly good macaroni from being wasted in macaroni art. Combined with an iPad app and computer program, kids could make virtual macaroni art, rather than using real noodles, and for every virtual noodle used, 10 real ones were donated to Feeding America. So far, children have helped donate more than 15 million noodles to Feeding America.

While this list is by no means exhaustive, it provides a snapshot of how marketers are starting to think about social purpose and participation in new ways. Whether by engaging via social media or asking consumers to adopt behavioral changes, there is a real value in participation platforms, and they will likely continue to use this as a way to enhance the consumer/brand relationship.

What social purpose participation platforms have you found to be most powerful? How do you think this trend will evolve this year? Connect with us by leaving a comment or joining us on Twitter.

This post is produced by B+SP’s Brand Purpose Center of Excellence, led by Executive Vice President Larry Koffler and Senior Account Supervisor Andrea Shatzman, along with conrtibutions from Francesca Oddo-Budinoff and Natasha Whitling.